Attached below are selected quotes from the speech delivered by Hezbollah’s Secretary-General at Tuesday night’s event celebrating the birthday of the Prophet Muhammad:

1. When the President of Lebanon announces his support for the agreement, this will be the achievement of the “resistance”. We stand by the state.

2. [Only – Abu Ali] when the parties arrive in Nakura to sign [the agreement – Abu Ali], will we be able to say we have reached an agreement.

3. Lebanon was able to accomplish this enormous achievement even though no one is interested in Lebanon and its rights, and despite the difficult ongoing situation in Lebanon.

4. After launching the drones, we didn’t need any further action. The enemy understood that the “resistance” was serious in its intentions.

5. As far as the “resistance” is concerned, our sea extends to Gaza, but there will be no dispute between us and them after the liberation of Palestine.

6. The enemy is stunned by what is happening in the West Bank [the recent shooting attacks – Abu Ali]. 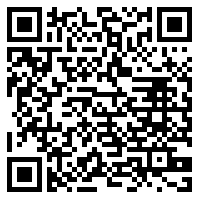