I want a divorce. Not from my wife, whom I love dearly, but from the liberal and progressive American Jewish community. From those American Jews who believe that they have a special right to judge and advise the state of Israel because their parents were Jewish.


I have just finished reading a piece by Peter Beinart in the Forward which blames Israel for the condition of the population of Gaza! His article systematically distorts reality and ignores fundamental facts (e.g., that Hamas interdicts supplies of all kinds entering the strip and diverts them to military use; that Gaza has received massive amounts of international aid to fix infrastructure problems, but the money has disappeared into attack tunnels and rockets; and more). And of course, at the end of the article he introduces the clincher: “Trump and Netanyahu,” which never fails to trigger a progressive audience.

Beinart is the paradigm case of the American Jewish turncoat. He has made a very lucrative career from the idea that as a Jew, his attacks on Israel would resonate – both with other Jewish progressives and with the great reservoirs of support available to anyone who will effectively bash Israel. Despite the fact that his arguments are easily refuted and his “facts” often wrong, money and recognition are shoveled in the direction of this Lord Haw-Haw.

I have more than had it with Beinart, and also his less-successful colleagues and his progressive amen corner.

Your Jewish DNA does not make you any more knowledgeable than anyone else, nor does it give you a greater stake in the Jewish state, unless you decide to accept the generous offer it has made to all Jews everywhere by its Law of Return.

The fact that you had a Bar or Bat Mitzvah does not mean that your piece in the Forward or your letter to the New York Times in which you explain why, as a Jew, you are traumatized by Israel’s efforts to defend her southern border, should be published any more than that of any other person’s.

Even the fact that at some point in your life you have experienced antisemitism doesn’t qualify you to talk about how Israel should behave toward her own antisemitic enemies. If antisemitism in the US is problem for you, there is always that Law of Return.

There is no reason that the pronouncements of “If Not Now” are any more worth listening to than those of the American Nazi Party. Peter Beinart isn’t a more authoritative source about Israel and the Arabs than David Duke just because he has a bigger nose.

The head of the Union for Reform Judaism, Rabbi Rick Jacobs, likes to talk about how the demands he makes of Israel are made out of “unconditional love,” because he wants to “repair it” according to his notion of tikkun olam. What he calls “love,” I call hypocrisy. He owns an apartment in Jerusalem. He should live in it, send his kids to be combat soldiers in the army, pay taxes, and learn to practice situational awareness when he walks the streets or gets on a bus. Then he can try to fix things here (he probably would still give wrong advice, but then at least he would suffer the consequences).

Progressive American Jews are no different from progressive American non-Jews. You read the same New York Times and listen to the same NPR on your way to work. You voted (twice) for the same Barack Obama and hate the same Donald Trump just as passionately. For many of you, it would not be a personal tragedy if Israel were destroyed.

As of 2013, 73% of non-Orthodox American Jews were intermarried. 73%! That was 2013, and the trend is upward. This implies that your Jewish identification is decreasing, and with it whatever distinguishes you from the rest of the population. But not only are you assimilating rapidly, your fertility rates are far below replacement level. Reform Jews average only 1.7 children per woman, while “Jews of no religion” are in the cellar at 1.5.

But there is something special about you. That is the way you use your Jewish DNA to justify vicious and damaging attacks on Israel. You created J Street, If Not Now and Jewish Voice for Peace. You contribute to the New Israel Fund. All are organizations run by progressive American Jews to demonize and delegitimize the only Jewish state. And you think that because of your Jewish parentage you somehow have a special right to do this!

Students for Justice in Palestine is led by students of Palestinian or other Arab origin (although naturally it has many Jewish members). The Arabs know it is important to fight for their people. You do not. You feel so virtuous about your “alliances” with the oppressed peoples of the world, that you help those who want to oppress or kill your own people. You believe every lie that is told about Israel, even when it is clearly impossible, because, well, just because.

If you are conflicted about the issues, put down Beinart’s literary excrement and read this book: Industry of Lies: Media, Academia, and the Israeli-Arab Conflict, by Ben-Dror Yemini. He is an objective journalist who even favors a two-state solution, not a right-winger. You will be surprised at how much of what you think you know about Israel and her conflicts is wrong.

And don’t kid yourself. This isn’t a game. There is an objective to the demonization and delegitimization, and it is not to make you feel good and gain status in the eyes of your fellow activists. It is to manipulate public opinion and the international legal and diplomatic systems so that Israel’s ability to physically defend herself will be hamstrung. It is to make the US less likely to supply Israel in time of war, and to drag IDF soldiers and officers into criminal proceedings. It is to help Israel’s enemies kill Jews and destroy the country.

Right now you are reaching for your keyboards. “Not true!” you are typing, angrily. “I am a Jewish American and I love and support Israel!”

Maybe you do, and maybe even your next words will not be “but Israel is undemocratic and theocratic and I want to help her improve.” If so, then at least one of three things must be the case: a) you are Orthodox, b) you are politically conservative, or c) you are the rare exception.

If you are an exception, then I apologize. This isn’t aimed at you. And honestly, I know a few like you. But only a few.

As for the rest, I can’t excommunicate you or make you change your behavior. I can’t get you to stop acting like you know something when you don’t. I can only affect my own attitudes, and today I understand that you are not part of my family.

And the faster you assimilate and the fewer children you have, the better it will be for the Jewish people. 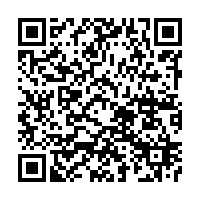