The Lebanese newspaper Al Akhbar reported Monday that “pending an official statement confirming the involvement of the Israeli enemy in the nightly aggression on military positions in Syria, Tel Aviv has opened the door once more to unprecedented challenges from the axis of resistance. This time, it plays directly in the face of the central player, Iran.”

Al Akhbar noted that during the explosions, an earthquake measuring 2.6 on the Richter scale was recorded, indicating that the explosions were underground and that the rockets used in the attack were bunker busters. Al Akhbar is convinced that “the nature of the aggression and the targets indicate that Israel is behind it, despite the absence of official recognition as usual.”

But the Syrian newspaper Tashrin, which is affiliated with the Assad regime, reported on Facebook that “aggression against the country in Aleppo and Hama with about 9 ballistic missiles launched by United States and British forces.”

Al Akhbar cited information received from Damascus, indicating that military stores and sites in which the Islamic Revolutionary Guard Corps (IRGC) had been hit with heavy rocket fire at 10:40 PM Sunday.

Sources associated with the Syrian opposition reported that 38 Syrian soldiers were killed in the attack at Hama and 57 wounded. The Syrian Human Rights Organization announced that the bombed bases housed the Syrian army’s 47th Brigade, where Iranian forces were also posted. Also hit: bases of the Assad regime located around the Salhab military airfield west of Hama. According to the Organization, only four of those killed were Syrian soldiers.

In this context, it is borderline amusing to read the combative statement issued on Sunday by IRGC commander Ali Fadavi, who reassured the Fars news agency: “We have reached the deterrence phase. If the enemy wants to adopt a measure, the losses will be more than benefits. Today, they don’t dare to fire even a bullet at us.”

Ah, well, there was that one. Iran’s news outlets, with the exception of Press TV, largely ignored the Sunday night massive attack on Iranian forces in Syria, focusing instead on the gains of Assad’s army against the rebel forces. 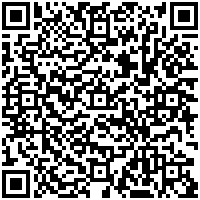