Can you imagine living in exile? Knowing that, although you have lived all your life in one place, as have your parents and maybe even grandparents, you belong to a different land?

Jews in exile yearned for Zion, “the sun-drenched land.” Its fruits became something almost mythological. If someone managed to bring them fruits of the Land, it was like receiving a small miracle, something rare and very precious.

Of course, fruits couldn’t stay fresh on such a long trip. Dates, for example, could be brought from the far away land to the people in exile. This is where the tradition of eating dried fruit on Tu B’shvat began.

Tu B’Shvat is the new year for trees, celebrated according to the Hebrew calendar, on the 15th of the month of Shvat.

This is the new year for the purpose of calculating the age of trees for tithing (See Lev. 19:23-25, which states that fruit from trees may not be eaten during the first three years; the fourth year’s fruit is for God, and after that, you can eat the fruit).

It is customary to celebrate the holiday by eating fruit from Israel, particularly a new fruit or one of the Seven Species described in the Bible as being abundant in the land of Israel: wheat, barley, grapes (vines), figs, pomegranates, olives and dates (honey) (Deut. 8:8).

In 1904, Professor Otto Warburg proposed establishing a Zionist Fund for the purpose of planting olive trees in Zion on lands redeemed by KKL-JNF. The Teachers’ Association of Eretz Yisrael turned planting trees in to a national tradition, followed by school children throughout the country.

The Jewish people returned to the land, planted trees and made the desert bloom. Technology and dedication realized the promise of a land “flowing with milk and honey”.  Hills that were barren became green. The fruits of the land grew more abundant and new fruits were cultivated.

Our trees and their fruit are precious. This land gives much – when it is loved.

This year Tu B’Shavat seemed to me a holiday of sad stubbornness.

My beautiful city of Haifa is currently scarred with black patches of land that once were green.

Hills that were covered in trees are now bare. The arson-terrorism that brought fires to my neighborhood, city and in other places across the country just two months ago, has caused scars that will take years to heal.

Thankfully no human lives were lost during the fires. Many homes were lost or terribly damaged. It is difficult to comprehend the loss of memories, family heirlooms, treasures that survived so many other attacks…

Enough anguish is caused by the loss of things that can be replaced with money. How can you replace the irreplaceable?

This Tu B’Shvat new trees and flowers were planted in Haifa. Experts say it will take some 30 years for the trees to grow back to something like what we had before the fires. Their knowledge will guide the replanting to facilitate speedy, healthy new growth, in a way that is best for the land.

The green will spread before the trees grow. New plants will cover the ugly scars terrorism left behind. Our city, that was lovely in its green urbanity by the sea, will be lovely once more.

Tu B’Shvat should not have to be used in this way but it is fitting that it was. Ours is a love story between a people and their land, between a land and its people.

Hate so ferocious that it is willing to burn us out of our homes, killing the fruits of the land and make it barren where it was once green, is not enough to disconnect the People of Israel from Zion.

Exile could not make the People of Israel forget Zion. Terrorism, even terrifying fires, cannot make us give up this land. Like countless times before, we will rebuild, plant new plants and grow better and stronger than ever before.

People can be killed. Trees can be burned. True love lasts forever. 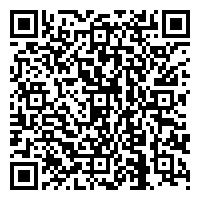