The IDF soldier who was wounded in an attack by a Palestinian Authority terrorist in Jerusalem last Thursday is doing better, according to Hadar Elboim, spokesperson at Hadassah Ein Kerem Medical Center.

The soldier was one of a dozen Golani recruits who were struck by a car-ramming terrorist at First Station in the capital.

“Dr. Itai Ze’evi, the maxillofacial surgeon here at Hadassah Ein Kerem, reports the soldier underwent surgery yesterday for fractures to his jaw. His condition is good and the surgery appears to have gone successfully,” Elboim said.

“The soldier’s family arrived from the United States and has remained at his side throughout.”

The terrorist fled the scene initially, but the Yamam counter terrorist unit of the Border Guard Police captured him within hours at the Gush Etzion junction.

The soldiers were in the capital for their upcoming swearing-in ceremony at the Western Wall in the Old City. Nine of the injured soldiers (who had relatively mild wounds) subsequently insisted on making it to the ceremony, albeit on crutches, despite their injuries. 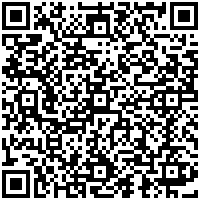