The High Court of Justice on Sunday evening cleared Israeli-Arab Member of Knesset (MK) Heba Yazbak to run in the upcoming elections for the 23rd Knesset and overturned last month’s decision by the Central Elections Committee to disqualify her, for her showing support for terrorist Samir Kuntar.

In a majority ruling of five judges against a minority of four, the court claimed that there was insufficient evidence to disprove her candidacy, despite the fact that in May 2015, Yazbak, of the Arab-majority Joint List, shared a photo of Kunter and praised him as a “martyred warrior” who died while waging Jihad.

Kuntar participated in the 1979 nighttime attack in Nahariya in which he murdered a policeman and then abducted Danny Haran and his four year old daughter Einat and later murdered them both on the beach. Einat’s sister Yael suffocated to death while attempting to hide from Kuntar and the other three terrorists.

Yazbak has also previously shared other posts on social networks that included content that encouraged and supported terrorists, including those who murdered children.

The High Court of Justice received broad and harsh condemnation from across the political spectrum for its ruling.

Ron Keren, brother of Danny Haran, stated that the ruling was “a miserable decision. It’s really a knife stab in our hearts.”

“It is insane that state requires us to fund and glorify those who support the murder of our brothers,” he added, relating to Yazbak’s salary and the status she receives as an MK.

The Court “missed an opportunity to convey a message that the place of terror supporters is not in the Knesset,” he added.

Leader of the Blue and White party Benny Gantz stated that Yazbak’s statements in support of terrorists should have led to her disqualification.

“We will not accept incitement and support for terrorism in the Knesset and will use all the tools at our disposal to prevent them,” he said.

Right-wing candidate Sarah Beck stated that “the Knesset is not a place for terrorist supporters who praise skull-crushing child-murderers.”

Yazbak “should be in prison rather than in the Knesset,” she asserted.

Minister of Tourism Yariv Levin called for “immediate refreshment and comprehensive judicial nomination reform. Also, and mainly, because of these delusional and outrageous cases.”

“I am disappointed with the decision of [Supreme Court] President Hayut, as she opposed permitting my colleague Heba Yazbak to run. It passed by a majority of 5-4, that’s dangerous. At the moment, we in the Joint List are running together in order to achieve the best result ever for the party. I hope for at least 15 seats. Heba Yazbak shared two posts. They were problematic and she will not do so in the future. She said so, she made her position clear.”

“We oppose killing and targeting civilian targets, including children. Obviously, this is our moral stance and we will never say or think otherwise,” he added. 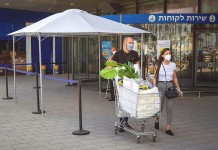 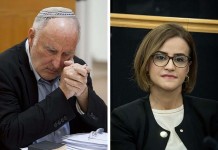 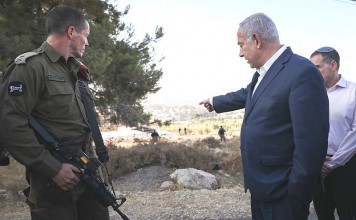