In the West, books and documentaries have been cancelled. In France, recently, a group of intellectuals published a manifesto asking the Islamic world to eliminate anti-Semitic verses from the Koran. The initiative followed the murder of an 85-year-old Holocaust survivor, Mireille Knoll. The Turkish Council of Higher Education responded with a moratorium on establishing additional departments of French studies in Turkey. For years, under the presidency of Recep Tayyip Erdogan, Turkish culture has been closing in on itself. “Going into a Turkish bookstore is like walking into a psychiatric ward,” according to the British journalist Gareth Jenkins in The New Yorker. Turkey sentenced journalists and writers to prison, and put publishers of foreign novels, such as its most famous translator, Necmiye Alpay, on trial. The problem, however, may not be just Turkish, but, as the author Robert R. Reilly called it, “the closing of the Muslim mind“.


A new report for the Atlantic Council written by Hossam Abouzahr, the founder of the Living Arabic Project, details the dramatic cultural change in the Arab world:

“The Arab world is now publishing only between 15,000 and 18,000 books annually, as many as Penguin Random House produces on its own. Egypt was once the largest producer of books with an output between 7,000 and 9,000 per year. Although its output was previously on the rise, it dropped by a whopping 70 percent after the 2011 revolution, and as of 2016 was only ‘showing signs of recovery’. Greece translates five times as many books into Greek as all 22 Arab nations combined”.

According to a report given at the Frankfurt Book Fair, “the Arab world, with its population of over 362 million people in 2012” produced about the same “number of books produced in countries like Romania (with a population of 21.3 million in 2012) and Ukraine (population 45.6 million) in 2012”. Another report by the RAND center also notes that “the number of public libraries in Egypt is about a tenth of those in Germany, which has a comparable population”. The Economist noted that Arab publishing industry is in “troubled”.

Many great writers in Islam are now foreigners at home. Salman Rushdie, targeted by an Iranian fatwa, has become “the disappeared“. At the age of 82, Naguib Mahfouz, the only Egyptian Nobel Laureate for Literature, was stabbed nearly to death by an Islamist. The Syrian poet Adonis exiled himself to Paris. The most celebrated Algerian writers, such as Kamel Daoud and Boualem Sansal, are treated as pariahs and threatened. Orhan Pamuk, the greatest Turkish writer, was also persecuted. The Lebanese Nobel laureate Amin Maalouf lives in France. And many writers in Bangladesh have been hacked to death. Iran is experiencing a devastating “brain drain” to the West. And images of book-burnings have become sadly popular in the Muslim world, from the historic books burned at the Cairo Institute to ISIS’s destruction at the Mosul library.

Unfortunately, Islam’s cultural changes — as attested to by the lack of producing books and translations — may have severe consequences for the radicalization of the new generations. There are no guarantees that curiosity, self-doubt and freedom of speech will create a more liberal society. But closed-mindedness and censorship, in the Middle East, Europe or anywhere, are not likely to, either.

There is an Arabic saying: “Books are written in Cairo, printed in Beirut and read in Baghdad”. Is this same cultural malaise being adopted by the West? 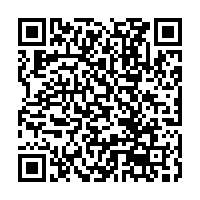