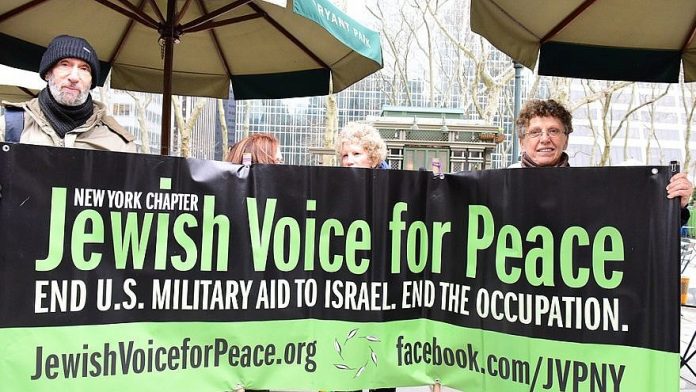 I recently came across an article on the always-fascinating topic of “The Real Reason the Left Hates Israel,” by Sharon Goldman. I highly recommend it for its analysis of the intellectual and political origins of the flaming misoziony* of the Global Progressive Left (GPL), although, as we will see, it completely misses the point.

Goldman explains how the popularity of the postmodernism of Derrida and Foucault made it difficult to challenge political narratives on the basis of factual truth. The Jews may say they are the aboriginal inhabitants of the Land of Israel, but the Palestinian Arabs claim a history of thousands of years in “Palestine,” descending from Canaanites or Philistines or whatever. Before postmodernism, you could point to archaeological and historical evidence to decide which narrative was closer to the truth; but the postmodernists “showed” that science and scholarship are nothing more than “constructions” used by the power structure to control the populations that it oppresses. The only objective reality is the reality of power and resistance.

The next element in this toxic intellectual soup is postcolonialism. Building on postmodernism, postcolonialism attempts to explain intellectual, political, and economic phenomena as the result of the power relations between the (usually European) colonizers and the (usually African or Asian) colonized peoples. Postcolonialism has given us, for example, the definition of “racism” as racial bias plus power, which is used to argue that a “person of color” can be biased, but cannot be racist, since he or she is oppressed by a “white” power structure.

A particular example of postcolonialist thought which proved remarkably popular and potent in shaping left-wing discourse is the 1978 book “Orientalism” by Edward Said. Said, a professor of literature (and a liar and fraud) of Palestinian Arab origin, argued that distorted and romanticized stereotypes of Arabs and other non-Westerners, particularly Muslims, was used to justify the colonial oppression of them. Scholars of the Middle East like Bernard Lewis, who were not Arab or Muslim, were inherently affected by these misperceptions and therefore incapable of truly understanding the region. Said was also a Palestinian nationalist (a member of the PLO’s Palestinian National Council). “Orientalism” was and is required reading in countless university programs.

Goldman describes the way the GPL and particularly the antiwar movements adopted the postcolonial point of view in the 1970s, and sympathized with the various “liberation” movements, from the Viet Cong to the Black Panther Party, and especially the PLO. When the US became engaged in wars in the Middle East after 9/11, the GPL understood these wars as the US using its power to “impose its control on the natives” of the Middle East.

The relatively new concept of intersectionality put the icing on the cake. Originally the simple idea that someone who is a member of more than one oppressed group – like a black lesbian – suffers in a more complicated way than a person who is only one kind of victim, it has become understood to mean that in order to support one oppressed group, it’s necessary to support all of them. And there are many such groups – all except the white, male, Western, wealthy, power elite qualify – including, of course, Palestinians.

Especially Palestinians. If you are for “social justice,” even if you want to fight abuse of women, notes Goldman, you also need to support the Palestinian Struggle. She writes,

This is how you get to a situation where Israel, with its rights for women and for LGBTQ communities and religious minorities, is the great evil of our time. Intersectionality’s focus on victimhood leads to the exclusion of pro-Israel groups broadly within the social justice alliance, who, post 1967, are no longer viewed as victims; and the left’s historic connection to Palestinians as victims of Western imperialism explains the widespread illogical mapping of the language of colonialism and occupation onto the Israel-Palestinian conflict.

And, thanks to postmodernism, facts don’t matter.

But now we come to the point at which she goes wrong. “It’s not anti-Semitism [sic], but ignorance that has placed Israel at the pinnacle of the world’s evils for most of the Left,” she writes.

Well, no. There is plenty of ignorance to go around, but it doesn’t explain Israel’s location “at the pinnacle,” even, for many, considered more evil than the US or Russia – today’s most active imperialist colonizer. It doesn’t explain the irrational intensity of their misoziony, the belief that Israel is as bad or worse than the Nazis, and the predilection to believe absolutely anything bad about Israel without evidence. It doesn’t explain the way the IDF is accused over and over of deliberately harming children, using poison gas and explosive bullets, and being at the center of an international web of subversion. These charges are simply ridiculous, yet they are believed just as much by the social justice warriors of the Left as by the neo-Nazis of the Right.

What Goldman has laid out for us quite competently is not the motivation for left-wing misoziony. She has instead given us the intellectual justification for it, the logic and ideology that underlies the arguments that are be made for it, when arguments need to be made. These are not the same.

In his book “The Righteous Mind: Why Good People Are Divided by Politics and Religion,” Jonathan Haidt makes an analogy with a man riding an elephant. The rider can signal to the elephant where he wants to go, but ultimately the elephant is in control. If the man wants to turn right and the elephant prefers to go left, there is nothing the man can do about it. Haidt compares the rational, conscious part of the mind to the rider, sitting on a massive, mostly subconscious, emotional elephant. The rider may think he is in control with his logical reasoning, but the power to choose resides primarily in his emotions. And the logical arguments that the rider thinks are guiding him are often after-the-fact justifications of the choices made for him by his emotions.

Perhaps young people coming to the university are indoctrinated with the ideological background that enables them to justify the decision to join, say, Students for Justice in Palestine, and swallow its massive charge of misoziony. Perhaps they sincerely believe that they have made this decision rationally. But the elephant knows. And what it knows in its heart is that it somehow fits that the Jewish state is more evil than any other, bleeding children, poisoning wells, damaging everything that she touches.

There is a word for that. 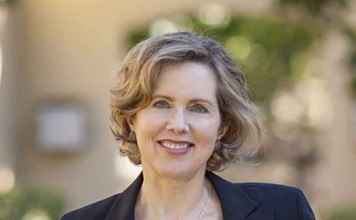 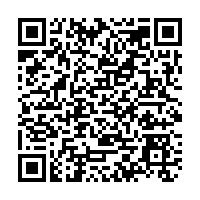