This  morning’s paper discusses the plans being made for the possible aliya of the roughly 250,000 Ukrainians who are eligible for Israeli citizenship under the Law of Return. Several government ministries and the army are making preparations to bring them to Israel, provide identity documents, places of temporary residence, and financial aid for them, if it should happen that war breaks out in Ukraine and many of them want to come.

This recalled previous mass immigrations to Israel since the founding of the state: the “displaced persons” of Europe, many of them survivors of Nazi concentration camps; the refugees expelled from Arab countries after 1948; the Eastern and Central European Jews who no longer had homes in Europe; the Yemenite Jews brought home in 1949 by Operation Magic Carpet; the Jews from the institutionally anti-Jewish Soviet Union; and the continuing operations to rescue the Jews of Ethiopia.

In addition to those waves of aliya there is a continuous stream of immigrants arriving from various other places such as South America, Western Europe (especially France), and the US and Canada. The flow waxes and wanes along with economic and political changes, and of course antisemitism. In recent years, Ukraine has accounted for the second largest number of olim (after Russia).

Israel’s Law of Return says that any Jew or the child or grandchild of a Jew or their spouses, can come to Israel and be granted Israeli citizenship. Exceptions are made for someone who “is engaged in an activity against the Jewish people,” criminals, those who are a danger to “public health or security of the state,” and “a person who has been a Jew and has voluntarily changed his religion.”

And who is a Jew? The law says one who is “a person who was born of a Jewish mother or has become converted to Judaism and who is not a member of another religion.” As everyone knows, the question of conversion is a hot potato, with the religious establishment insisting that only an Orthodox conversion – and indeed, only some Orthodox conversions – are acceptable, while the Interior Ministry, which controls granting citizenship, accepts non-Orthodox conversions outside of Israel.

Well, sometimes it does. And sometimes not, such as in the case of Jared Armstong, who converted to Judaism in the US with a Conservative rabbi. Armstrong wanted to come to Israel and play basketball for the Hapoel Haifa team, and his application was rejected on the grounds that “he was converting only to play on the team …[and] his conversion classes were held via Zoom.” In general, applicants are required to show that they are part of a recognized Jewish community for some period of time, and have studied Judaism for hundreds of hours in order to establish that their conversion is sincere. The case of Armstrong was notable because the American rabbi who converted him accused the Ministry of rejecting the application because Armstrong is black (which I strongly doubt).

There have been other controversies. The Abayudaya of Uganda are a community of some 2000 people who have practiced some form of Judaism for about 100 years. They observe kashrut, Shabbat, and Jewish holidays; they were converted by Conservative rabbis beginning in 2002, while one small community even underwent Orthodox conversion by Modern Orthodox Rabbi Shlomo Riskin in 2016. One member of the community, Gershom Sizomu, studied at a Conservative seminary in the US and was ordained as a rabbi. But in 2018 the Interior Ministry decided that the Abayudaya are not a “recognized Jewish community” and therefore conversions there are not recognized.

Recently, the Interior Ministry has made new rules that complicate things for Jews who want to make aliya. They are being asked to prove that they actually intend to live in Israel, and not simply get a free flight here, obtain a passport and financial benefits, and then move on. In some cases these are Jews from the former Soviet Union (FSU) who want to move to the US or Europe, Americans who want the passport to enable them to more easily visit family in Israel despite covid restrictions, or even criminals. The phenomenon of “passport aliya” is expensive for Israel – some 40% of immigrants from the FSU in 2018-2019 left “shortly after their arrival” according to an investigation by the Ma’ariv newspaper.

None of this has anything to do with marriage, divorce, and burial for Jews in Israel, which are under the authority of the Haredi-dominated Rabbinate, which only accepts conversions from selected Orthodox rabbis. So it is common, especially after the large aliya from the former Soviet Union, where documentation of Jewish ancestry usually does not exist, that someone is deemed eligible for Israeli citizenship but still cannot be married, divorced, or buried in a Jewish cemetery in Israel.

So what about the Ukrainian Jews? Those that want to do so have the right to make aliya like any other Jew. Is it appropriate for Israel to arrange a mass aliya as was done for Iraqi, Yemenite, and Ethiopian Jews who were in mortal danger because they were Jewish? I think there is no choice but to bring every Jew that asks, even though the time pressure is such that it will be impossible to carry out careful vetting to determine if they are eligible or likely to stay. One can argue that those who truly wanted to live in Israel would have already come, since – unlike the Soviet period – today there are no “prisoners of Zion,” but the law requires that any Jew has a right to become an Israeli with the few exceptions mentioned above.

Mass aliya from Ukraine will undoubtedly be fraught with problems. Even in normal circumstances it’s hard to determine who is eligible for aliya. Some years ago I recall several immigrants from the FSU who were arrested for violent antisemitic acts here in Israel! It won’t surprise me if, after a mass aliyah of Ukrainian Jews, many, if not most, of them either move back to Ukraine after the crisis is over, or move on to other countries.

But we have no choice but to offer refuge to them. It’s both the law and the right thing to do. 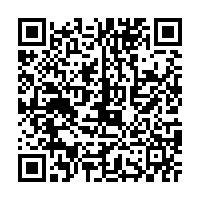