Hundreds of thousands of tourists from all over the world are expected to visit the spectacular 1,700-year-old Lod mosaic this summer at the Louvre, the first time an official Israeli exhibition will be displayed in the world’s most visited museum.

The spectacular Lod mosaic that was uncovered in an archaeological excavation by the Israel Antiquities Authority is on display starting tomorrow (Thursday) in the Cour du Sphinx (Sphinx Courtyard) in the Roman wing of the museum until August 19.


Approximately 700,000 visitors have attended exhibitions at five museums in the United States, including the Metropolitan Museum of Art in New York.

Only a number of private Israeli artists previously have been exhibited in the Louvre.

The 1,700 year old mosaic, one of the most magnificent and largest ever revealed in Israel, was uncovered in Lod, near Ben Gurion Airport, in 1996 and was covered over again in order to protect it.

In 2009, after obtaining the necessary funding to expose it, the Israel Antiquities Authority renewed the archaeological excavation there and removed the mosaic from the site in order to conserve it.

The mosaic constitutes a rare archaeological gem that is extraordinarily well-preserved. It measures approximately 180 square meters and is composed of colorful carpets that depict in detail mammals, birds, fish, flora and the sailing and merchant vessels that were used at that time. It is thought the mosaic floor was part of a villa that belonged to a wealthy person in the Roman period.

The Louvre is holding a festive opening event on Thursday, sponsored by the Israeli embassy in Paris. 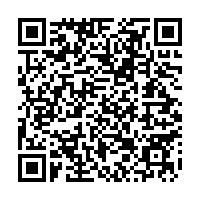