A March 2nd Guardian report by Harriet Sherwood and Dan Roberts (Binyamin Netanyahu visit will test strains in US-Israel relationship) included the following claim regarding efforts in the US Senate to pass a new Iran sanctions bill:

…the failure of an Aipac-supported effort to pass legislation blocking Obama’s nuclear deal with Iran has led to a reassessment of the fabled ability of its lobbyists to wield a veto over US policy when it comes to matters of Israeli security.

This is a complete mischaracterization of a bill (S.1881 – Nuclear Weapon Free Iran Act of 2013) which, by all accounts, is designed to put more pressure on Iran so that they’ll comply with any nuclear agreement that is reached with the six world powers.


The bill (sponsored by Senator Robert Menendez, along with 58 co-sponsors) has been accurately described by multiple media sources:

The measure introduced Thursday, if approved, would impose harsh new sanctions on Iran’s petroleum industry while also threatening U.S. allies and partners with financial restrictions unless they sharply curtail trade with Iran. The sanctions would go into effect if Iran violated the terms of the temporary accord reached last month or if it failed to reach a permanent agreement with world powers in a timely manner.

A bipartisan group of senators, defying the White House, introduced a bill on Thursday to impose new sanctions on Iran if it failed to conclude a nuclear agreement, or stick to the terms of its interim deal, with the United States and other major powers.

The bill would seek to drive Iran’s oil exports down to zero and penalize its engineering, mining and construction industries. But the sanctions would not take effect before the six-month term of the interim deal expires, and they could be deferred for up to another six months, at Mr. Obama’s request, if the talks looked promising.

A bipartisan group of 26 senators introduced new legislation today proposing potential sanctions against Iran if the country fails to uphold the P5+1 agreement made last month or if it fails to reach a final agreement to terminate its nuclear weapons program.

The Nuclear Weapon Free Iran Act, co-sponsored by Sens. Bob Menendez, D-N.J., and Mark Kirk, R-Ill., which calls for additional reductions in purchases of Iranian petroleum and creates more penalties for parts of the Iranian economy, including engineering, mining and construction.

The bill also provides the administration with up to one year from implementation of the agreement to try to reach a diplomatic solution that would completely end Iran’s nuclear weapons program.

The legislation proposes sanctions in the event that Iran breaches the terms of the interim agreement reached last month in Geneva — or if world powers fail to come to a comprehensive agreement regarding Iran’s nuclear energy program.

The sanctions legislation would impose conditional economic penalties on Iran if the country fails to follow through on an interim deal or pulls out of ongoing global negotiations to permanently curtail its nuclear ambitions in return for some sanctions relief.

Bipartisan legislation was introduced in the U.S. Senate on Thursday that would authorize new economic sanctions on Iran if it breaches an interim agreement to limit its nuclear program or fails to strike a final accord terminating those ambitions.

Clearly, the bill would increase sanctions against Iran only in the event negotiations with the six world powers (P5+1) fail to produce an agreement, or if Iran fails to abide by an agreement.  So, the claim made by Sherwood and Roberts that the bill would “block Obama’s nuclear deal with Iran” is untrue. 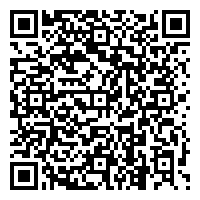