There is a country in the Middle East which makes a great play of being a democracy and about espousing Western ideals regarding human rights, and is forever bragging how different this makes it to its despotic Arab neighbors. But this self-same Middle Eastern country for decades now has been occupying the lands of one of its neighbors and conducting apartheid-like discrimination against its internal minority community. Its charismatic right-wing leader has one message for its close ally the United States and for the EU, with which it seeks closer ties, but quite another for its internal allies.

Isn’t it time this so-called democracy was held to account, and was made to face up to its hypocrisy? Isn’t it time the international community as a whole, and the International Solidarity Movement in particular, launched a Boycott, Divestment and Sanctions campaign against Turkey?

The crux of the argument by those engaging in BDS against Israel is that, no, they don’t single out Israel because it’s a Jewish state or because it is an ally of the West. They choose to boycott only Israel, they claim, because it’s a democracy and should therefore behave like one – and because boycott of a tyrannical regime doesn’t work, whereas boycott of a democracy can influence its citizenry to lobby for change to the offending policies.

Well, dear friends of the BDS movement, now is your chance to prove that you are not just shills for terrorists and Arab rejectionism, that you are not closet antisemites or anti-western ideologues and that you really care for oppressed peoples everywhere.

So, you must lobby universities to boycott all Turkish academics; even if they personally oppose Erdogan’s thuggish ways, they are still complicit. You must urge all dignitaries not to visit Ankara and all politicians not to speak to their Turkish counterparts until the country mends its ways. You must lobby to cut all cultural contacts and exchanges. You must organise marches and university demonstrations against the racist Turkish entity. Above all, each and every one of you, must refuse to consume Turkish Delight and all other products of the region, and boycott and picket vociferously the shops and candy stores that sell them, even at the risk of appearing ridiculous in the eyes of the public. The cause demands it.

If successful your campaign would of course hurt the people of Turkey, especially the poorest, who might well lose their jobs. But that is a small price to pay for your moral stance and your sacrifice, and surely the Turkish people, even if unemployed, would take the long view and be grateful for your selfless attention. They will surely understand that you single out Turkey for BDS, for cultural isolation and economic deprivation, because you are their friends.

Sadly the last BDS you organised – against, naturally, the Israeli people – didn’t turn out so well. Indeed, the Israeli economy is thriving like no other. But you might have better luck against, sorry, with Turkey. 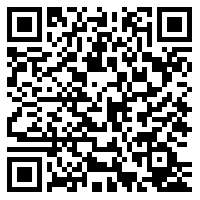