Sanders expressed irritation at the accusation, which he immediately denied on air, but the echoes of anti-Semitism remain in the air.


Rehm hosts her show on WAMU, affiliated with the NPR network. Sanders, who has visited Israel, is Jewish but mostly in name. The JewishPress.com pointed out here in April, he has no use for organized religion and cites Pope Francis as his guide.

Thank God he is not an Israeli.

But Rehm, an award-winning journalist, thought otherwise, based on nothing more than a Facebook post by Vittorio Arrigoni, who was an Italian activist and worked with the fiercely anti-Israel International Solidarity Movement (ISM).

He held a Gaza passport given to him by Hamas’s de facto prime minister Ismail Haniyeh and acted as human shield for Gaza “fishermen,” some of whom fish for fish and some of whom shoot to kill Jews.

His Facebook posted of American leaders with Israeli-American citizenship falsely included Sanders. She did not quote Arrigoni for other posts, such as:

Zionism is an abominable, racist and colonial movement. Like all colonial and apartheid systems, it’s in the interest of all that it be swept away. My hope is to see it replaced, without any bloodshed, with a democratic, secular and lay state – for example on the borders of historic Palestine – and where Palestinians and Israelis could live under equal rights of citizenship without ethnic and religious discrimination.

He once described four Hamas tunnel terrorists as “martyrs.”

Gaza Salafists thanked him for his anti-Zionism by kidnapping and killing him in 2011.

Her question to Sanders, based on a Facebook post, cannot be ignored as anything but a reflection of an anti-Zionist agenda.

She said to Sanders on her show Wednesday:

Senator, you have dual citizenship with Israel.

Forgive me if that is—

That’s some of the nonsense that goes on in the internet. But that is absolutely not true.

Interesting. Are there members of Congress who do have dual citizenship or is that part of the fable?

Sanders said he does not know and went back to express his having been insulted by Rehm:

You know, my dad came to this country from Poland at the age of 17 without a nickel in his pocket. He loved this country. I am, you know, I got offended a little bit by that comment, and I know it’s been on the internet. I am obviously an American citizen and I do not have any dual citizenship.

It is appalling that in today’s age, a longtime Jewish elected official would face implications that he splits his loyalty between the United States and Israel for no reason other than his religion.

This anti-Semitic canard of dual loyalty has persisted for decades, particularly about American Jews in public service.

Rehm later issued an apology in a statement:

On today’s show I made a mistake. Rather than asking Senator and Presidential Candidate Bernie Sanders whether he had dual U.S./Israeli citizenship, as I had read in a comment on Facebook, I stated it as fact. He corrected me, saying he did not know where the question came from. I apologized immediately.

A Surplus of Organizations – The Jay Shapiro Show [audio] 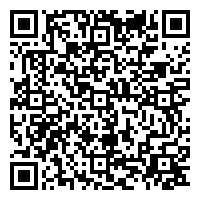