The picturesque Nachlaot neighbourhood in Jerusalem started out as what we might call today ‘social housing’. From 1875 onwards benefactors such as Moses Montefiore began building new neighbourhoods outside the walls of the Old City to house the growing Jewish population and relieve some of the overcrowding and squalor of the Jewish Quarter. Thus, Nachlaot is in fact a cluster of fused neighbourhoods, with each one originally having a specific ethnic character and its own synagogue.

After the War of Independence the neighbourhood absorbed many refugees expelled by the Jordanians from the Old City, as well as new immigrants from North Africa, and over-crowding and poverty became rife. Those who could moved out to the city’s newer neighbourhoods. A major renovation project in the 1990s updated Nachlaot with facilities such as modern plumbing and today the neighbourhood’s narrow lanes, archways and hidden courtyards lend it a charm which has made it popular once again. 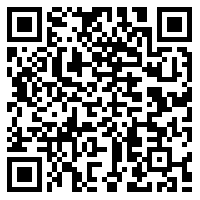