The Palestinian Authority leadership in the West Bank [Judea and Samaria -ed.] has come up with a new method to silence its Palestinian critics.

From now on, any Palestinian writer or journalist who dares to criticize Palestinian Authority President Mahmoud Abbas and his policies or demand an end to corruption will be accused of “belittling the dignity of the state.”

Since the beginning of this year, at least 10 Palestinian journalists, bloggers and political opponents have been detained by various Palestinian Authority security services for writing about corruption and criticizing the Palestinian leadership.

Until recently, the Palestinian Authority, which is funded by the U.S. and E.U., used to throw its critics into prison.

But following condemnations from Palestinian and international human rights organizations, the Palestinian Authority decided to resort to a new method to silence its critics – this time by accusing them of “belittling the dignity” of a non-existent Palestinian state.

This charge is based on a 1960 Jordanian law still effective in the West Bank. Although the Palestinian Authority has its own laws, to achieve its goals it does not hesitate every now and then to resort to Jordanian laws.

But as the case of Jihad Harb shows, Abbas and his aides are more concerned about their own dignity than that of the imaginary state.

Harb, a Palestinian writer and political analyst, was summoned this week for interrogation by the Palestinian security forces in Ramallah and charged, on the basis of the Jordanian law, with “belittling the dignity of the state.”

Harb was told that the director of Abbas’s office had lodged a complaint against him for libel and slander because of an article criticizing Abbas’s policy of promoting public employees.

Entitled “Presidential Decisions Are Made In A Coffee Shop,” Harb’s article criticized Abbas’s decision to promote more than 500 civil servants over the past five years — noting that many of them were unfit to serve in their jobs.

Before he was summoned for interrogation, Harb received threats from from top Palestinian Authority officials in Ramallah that he would be punished for hanging the dirty laundry in public.

The officials told the writer that he may would face trial for criticizing Abbas at a time when the US and Israel are “waging a fierce campaign” against the Palestinian Authority president because of his insistence on pursuing his request for membership in the UN.

Harb said that the decision to summon him for questioning was in the context of the Palestinian Authority leadership’s campaign to intimidate Palestinian writers and journalists and stop them from discussing internal issues.

Harb added that the decision was also in violation of Abbas’s recent statement that the “sky was the limit for freedom of expression” in the West Bank.

Palestinian writers and human rights groups have, meanwhile, expressed deep concern over the Palestinian Authority’s crackdown on freedom of expression in the West Bank.

International human rights groups, however, and countries that fund and support Abbas’s authority have yet to sound their voices.

Many Palestinian writers and journalists in the West Bank today live in fear of being harassed by the Palestinian Authority because of their views and writings. Some practice self-censorship, while others are writing under different names or have found themselves new and less dangerous professions.

There is no reason why those who are pouring millions of dollars on the Palestinian Authority should not demand an end to suppression of freedom of expression and the growing clampdown on writers and journalists in the West Bank.

Failing to hold the Palestinian Authority accountable for its actions will only drive more Palestinians into the arms of Hamas and the other radical forces. 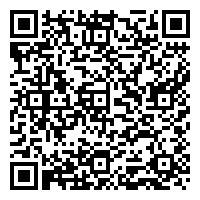