Quite a few commentators have rightly taken the French foreign minister, Laurent Fabius, to task for his recent absurd suggestion that the Israeli-Palestinian Conflict represents the root cause of instability in the Middle East.

Fabius’s remarkably myopic understanding of the region prompted Binyamin Netanyahu to point out the obvious: that if peace with the Palestinians were achieved today, the centrifuges won’t stop spinning in Iran, the savage civil war in Syria won’t abate, the instability in Egypt wouldn’t end, and attacks on the West will continue.


However, when I read Laurent’s comments, uttered in Ramallah after he met with Mahmoud Abbas, it reminded me of something the Guardian once claimed at the dawn of what they still were calling the “Arab Spring.” Sure enough:

A Guardian Feb. 2011 official editorial (“The Middle East: People, Power, Politics“) on Muammar Gaddafi’s brutal crackdown against protesters at the dawn of their civil war, and the broader political upheavals in the region, included this risible line:

“the Libyan leader may still be considered too valuable to lose, as US influence in the region decreases. Nowhere is that truer than in the cockpit of the crisis, Palestine.

The Guardian’s surreal editorial, which though dealing with Libya somehow managed to devote 200 of 675 words to the issue of “Palestine,” was indicative of the paper’s shameful misreading of the political upheavals which had occurred, or were to occur, in Bahrain, Yemen, Tunisia, Egypt, Syria and elsewhere.

Such framing of events in the Middle East – which attributes most political maladies to Israel’s “injurious” effects on the region – represents more than mere hostility to Israel, but is part of a broader political framework which often shows itself impervious to facts, logic, and new information.

Whilst the Guardian’s editorial line no longer seems wedded to this absurd Zionist causality, the fact that their initial response was to draw a line from Tripoli to Jerusalem speaks volumes about the intellectually crippling effects of their far-left ideology. 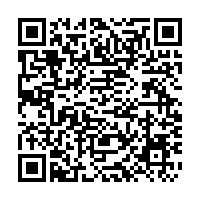