If something bad happens to Jews or the Jewish state there are some, inexplicably, in British media or politics who cannot pass up the opportunity to use it against the former.

Ex-Liberal Democrat MP felt that the Jews hadn’t learned from the Holocaust. When an Egyptian judoka lost to his Israeli opponent in Rio and promptly refused to shake his hand The Economist used the opportunity to attack Israel as being an “apartheid” state.

Now, after the arrest of World Vision’s Gaza director Mohammad Halabi on allegations of diverting tens of millions of dollars to Hamas Dr Dhananjayan Sriskandarajah, secretary general and CEO of CIVICAS: World Alliance for Citizen Participation, uses the arrest as an opportunity to attack Israel’s new transparency law.

This new law obligates NGOs that receive more than 50% of their funding from foreign governments or organisations to report where the funding derives from. It doesn’t restrict their activities at all.

In an age of calls for more transparency this can hardly be classed as controversial especially when there are NGOs whose main objective for operating within the Jewish state is merely to destroy it.

But for Sriskandarajah it seems it is controversial. He sees the recent arrests of Halabi and Waheed al Borsh, a UN worker accused of diverting aid resources to help building a jetty for Hamas, as part “of systematic efforts by Israeli authorities to intimidate and undermine civil society”.

As you can see the link Sriskandarajah provides as evidence of such “systematic efforts” is to an article for Al Jazeera by arch anti-Zionist activist Ben White who once wrote “I do not consider myself an anti-Semite, yet I can also understand why some are”.

One would think that Sriskandarajah would welcome the investigation into and possible long-term incarceration of anyone convicted of such a heinous crime as diverting funds away from mentally ill and physically disabled patients in Gaza to help the Hamas terror organisation build tunnels into Israel from which to murder innocent Jewish Israelis.

Instead, Sriskandarajah merely sees it as “yet another example of states cracking down on civic space.”

World Vision is one of the DEC charities. DEC advertised widely in the UK for aid for Gazans after Israel’s 2014 war with Hamas. Therefore, the British public has possibly been inadvertently duped out of their hard-earned money in to supporting a terror group instead.

However, The Guardian’s headline to Sriskandarajah’s article “Human rights activists are being portrayed as terrorists and foreign puppets” and using a photo of activists claiming Halabi is “a man of humanity” (see above) suggests total innocence on Halabi’s part.

It is, however, very noble of Sriskandarajah to state that “Israeli government has the right to hold to account any individual or organisation found guilty of corruption.” Halabi and al Borsh will have a chance to state their cases and employ lawyers to defend themselves against the allegations.

We await the outcome of these important criminal investigations, and any more that might arise, with interest and so should Sriskandarajah. 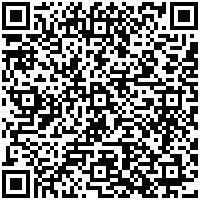