Former Israeli Prime Minister Golda Meir wisely stated, “Peace will come when the Arabs love their own children more than they hate us.” These words uttered by Golda Meir in 1957 are still valid for our times. It is pointless to negotiate with PA Chairman Mahmoud Abbas, an authoritarian dictator who doesn’t even respect the human rights of his own people. A Palestinian leader who doesn’t respect the human rights of the Palestinian people cannot be expected to care about the basic human rights of the Israeli people, his declared enemy.

Aside from Mahmoud Abbas’ hostile actions towards the State of Israel and the Jewish people, the Palestinian Authority Constitution, formulated in 2003, declares Islam as a state religion and states that the principles of the Palestinian state should be based upon Islamic Shariah Law. This reality has created a hostile atmosphere for Palestinian Christians.

However, the Palestinian Authority does not even respect the human rights of Muslim Palestinians either. Khaled Abu Toameh has reported continuously about how Mahmoud Abbas has tortured prisoners in PA custody and oppressed critical bloggers and journalists. It was recently reported in the National Post that Palestinian mosques petitioned for the execution of a divorced Palestinian woman in an honor crime and that honor crimes rose significantly within the PA in 2013 compared to 2012. Abbas has continued to refuse to take the action that is required to protect Palestinian women fully from honor crimes. This reality in the Abbas-dominated Palestinian Authority demonstrates that Abbas does not love his own people more than he hates Jews, so on what grounds can we negotiate with him?

Furthermore, his actions have repeatedly shown that he does not genuinely seek peace with Israel. Negotiating with him won’t bring peace and will only jeopardize Israeli national security. We would essentially be giving up lands in Judea and Samaria that are crucial to our national security to an authoritarian dictator who wrote a PHD thesis denying the Holocaust, who educates Palestinian children to idolize jihad and hate non-Muslims, and who refuses to recognize Israel as the Jewish state. While Israeli Prime Minister Benjamin Netanyahu speaks of security guarantees, such as holding onto the Jordan Valley, I would like to stress that there is no better security guarantee for the Jewish people than only signing a peace agreement with a political entity that respects women rights, minority rights, democracy, religious pluralism, and peaceful coexistence with ones neighbors.

In an era where the fires of the Arab Spring are spreading throughout the region, denouncing tyranny, corruption, and human rights abuses, the only guarantee for a stable peace agreement is to refuse to negotiate with dictators and to wait for a secular democratic Palestinian opposition to emerge. The Palestinian community in Jordan already has such a leader in Mudar Zahran, who seeks to create a Palestinian state in Jordan living at peace with the State of Israel. If he is given the right support, we can negotiate with him instead of Abbas, thus creating a democratic alternative to both Hamas and Fatah. 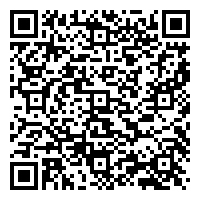