We’re all aware of God’s biblical covenant with Israel. What isn’t so well recognized is Israel’s legal right to the land aka Palestine.

The name Palestine was given to the former land of Israel by the Romans. The Roman objective was to erase any Jewish history within the region and to humiliate them further by associating it with the Philistines, a long extinct people and Israel’s ancient nemesis. In fact, there has never been a country or independent state of Palestine and it remained only a territory that has been conquered and re-conquered by various Empires.


The first recorded mention of a Palestinian-Arab entity was in 1911, when a newspaper named Filastin was published in Jaffa. Like most of the Palestinian movement, it was strictly a reaction to the Zionists’ return to Eretz Israel.

PLO Chairman Yasser Arafat cleverly adopted the name Palestinian for the Arabs, despite there being no P in the Arabic alphabet, rendering it unpronounceable in their language. Traditionally, the Arabs had preferred to be called Southern Syrians. The purpose of Arafat’s broad political adoption of the term “Palestinian” was to create an Arab association with the land. Consequently, the Jews’ identification with their ancient homeland was stolen.

The last entity to have domain over Palestine after the Ottoman Empire, was the British Empire. After WWI, the allied countries began to divide the conquered Ottoman Empire. The British decided to endorse the re-establishment of a Jewish homeland in Palestine.

This is why the Balfour Declaration from 1917 by lord Arthur James Balfour and the subsequent Declaration and Ratification that build on this document, are so vitally important to Israel’s legal right to their land.

The Balfour Declaration and beyond

“His Majesty views with favor the establishment the establishment in Palestine of a National home for the Jewish people, and will use their best endeavors to facilitate the achievement of this objective, it being clearly understood that nothing shall be done which may prejudice the civil and religious rights of existing non-Jewish communities in Palestine or the rights and political status enjoyed by Jews in any country.”

This laid the foundation for the San Remo Conference, in April 1920. The countries attending were the League of Nations members at that time Britain, Italy and France and representatives from Japan, Greece and Belgium. The Balfour Declaration was ratified giving the Jews the legal right to re-create their homeland within the British ruled territory of Palestine. It was considered to be a binding resolution of International Law.

The Mandate for Palestine was constructed on the basis of the San Remo Resolution and was given over to Britain on the condition that Britain facilitate the implementation of the Balfour Declaration. That is, to bring into existence the formation of a Jewish State. Furthermore in 1922 The League of Nations enshrined into International Law the principle of Palestine being the National Home of the Jewish people and this was reconfirmed when the United Nations replaced the League of Nations.

Although San Remo gave Israel legal rights to the land, Sir Winston Churchill altered the agreement to appease the Arabs. He dedicated the land east of the Jordan River to the Hashemite Kingdom, as Transjordan, later to be renamed Jordan. The land west of the Jordan River was to be the Jewish homeland. Consequently, 77% of the land was taken away from the Jews. His decision was illegal and the San Remo Agreement is still legal and binding today.

The “1967 border” marks the armistice line where the Israeli and Jewish armies laid down their weapons in 1949, in accordance with the Rhodes ceasefire. In the 19 years that followed, the Arabs living in the area known as “West Bank” never requested nor were offered a Palestinian state by His Majesty King Hussein. Indeed, the only country to even recognize Jordan’s sovereignty over the “West Bank” was the U.K., which also trained and equipped the Jordanian Legion. As far as the rest of the world is concerned, this was—and remains, in terms of international law—a no man’s land. 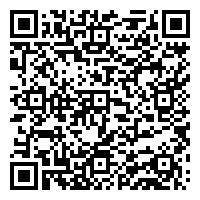