In 1947, the U.N. General Assembly passed a resolution calling for the partition of Palestine into two states: one Jewish and one Arab. Palestine, of course, is the European name given to the land known otherwise as the Land of Israel, or the Holy Land, holy to Judaism and Christianity. Palestine, the ancient Greek name of the land, was either a transliteration into Greek of the Semitic word “Pleeshteem,” which means “invaders”, referring invaders from Greek islands, which in Greek becomes Pleesteem, or Philistines in English; or means the “land of the wrestler”, which is a literal translation of the term “Land of Israel”. Regardless, it was never the indigenous name of the land, but rather a foreign term, revived by the Romans after suppressing the Jewish revolt in the year 135 (the Bar Kochva Revolt), as a means to erase the Jewish people, as punishment for repeated revolts. At no time in history was there a state of Palestine. Under Ottoman rule (16th to 20th century) there wasn’t even an administrative district called Palestine. Instead, there were several small areas under the general administration of the Beirut district. Palestine in 1947 was under a League of Nations mandate administered by Britain.

The 1947 partition resolution represented the second partition of the land originally earmarked to eventually become the Jewish Homeland. The first partition, arbitrarily done by Britain out of imperialist interest, detached the entire area east of the Jordan River, over 75% of the mandate’s area, closing it to Jews, and given to a British client.

In spite of this being the second time that land meant to be part of the Jewish state was to be detached in order to appease the Arabs – the Jews were so eager to re-establish the Jewish state that they were willing to make painful compromises. The Arab world was not in a compromising mood, and refused to tolerate any Jewish state, regardless of its size. The day after the partition resolution passed, the Arab world declared a war of annihilation on the Jewish community in the Land of Israel, starting first with the local Arabs, aided by the Arab states with volunteers and military equipment, and continuing later on with the invasion of regular army troops from at least six Arab countries.

Let it be absolutely clear: the war – and the subsequent Arab-Israeli wars – all stemmed from Arab intolerance of a Jewish state, and Arab intransigence on this point.

Just recently the president of the [Arab] Palestinian Authority once again made clear the red lines for “peace” negotiations, such as there might be:
The Palestinian state will be ethnically cleansed of all Jews; There will be no recognition of Israel as the Jewish state.

There is sadly nothing new in this. At the end of the 1947-1949 war initiated by Arab rejectionist policy, in the areas under Arab rule in the Holy Land there were no Jews left. They were either expelled, as in the Old City of Jerusalem, or massacred after surrender, as in the Kfar Etzion kibbutz, or fled from suffering a similar fate. In contrast: in the areas under Jewish rule, over 156,000 Arabs remained.

So, WHO committed ethnic cleansing?

The answer is the Arab side, which today again declares that no Jews would be allowed to remain in Judea and Samaria, if an independent Arab state will be established here, just as the Arab states were basically ethnically cleansed of the Jews. In contrast: Israel is expected to be a state containing a sizable Arab minority, while pressured into accepting more Arab “refugees”, so as to turn the Jews into a minority in our own homeland! Israel doesn’t oppose having an Arab minority, but the immorality of the proposal to ethnically cleanse Judea and Samaria from its Jews should provoke all good people to rebel against this gross injustice.

The basic root of the problem hasn’t changed in 68 years: the Arab refusal to recognize the Jewish right to national self-determination in our ancestral homeland. No peace process using whatever tactics can succeed until this core issue is addressed in absolute terms. If you really wish to be a voice for peace – impress upon the Arab side the justice, the morality and the need to accept the state of Israel as the Jewish state. 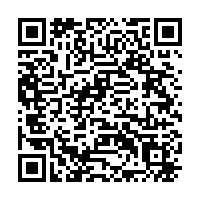