German police on Tuesday morning carried out more than 200 raids against the “True Religion” Salafist group, Deutsche Welle reported. The raids took place in more than 200 homes and offices across 10 federal states.

According to Soeren Kern, Salafists make up only a fraction of the estimated five million Muslims in Germany, but authorities believe they attract impressionable young Muslims who are potential candidates for carrying out terrorist acts in the name of Islam. The Salafists, a movement that originated in Saudi Arabia, openly promote replacing German democracy with an Islamic government based on sharia law.

The Interior Ministry at 6:30 AM local time Tuesday confirmed the raids in a tweet, and announced a ban of the organization. Out of the 200 cells, 65 raids were carried out in the state of Hesse, 15 of them in Frankfurt.

Last week, German authorities arrested five men accused of aiding the Islamic State in Germany by recruiting members and providing financial and logistical help. The arrests were made in raids in the western state of North Rhine-Westphalia and the northern state of Lower Saxony. German Justice Minister Heiko Maas called the arrests “an important blow to the extremist scene in Germany.”

Among those arrested a week ago was Ahmad Abdelaziz, an Iraqi citizen known as Abu Walaa, 32, a preacher who has been a leading figure of the Jihadi movement in Germany. Walaa has been at the center of a year- long investigation, which also yielded arrests in the city of Hildesheim in July 2016. 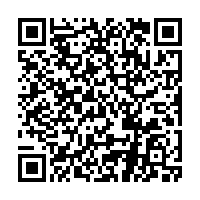