As an education writer for the nonprofit organization, Kars4Kids, and as someone who made Aliyah from Pittsburgh 34 years ago, I decided to write about the challenges of Aliyah from western countries with school age children. See the previous piece in this series, Special Needs Kids: A Reason to Make Aliyah.

In today’s column I speak to Esther Aaron about being on the other end of the Aliyah process. I also revisit Rachel and her daughter Dena, still in the thick of struggling with the bagrut process, the Israeli matriculation exams. I wind up by passing on some general information that readers have requested regarding parenting special needs children.


Esther Aaron met her husband in Israel. She was from Argentina, he, from LA. Both were attending year programs. Esther spoke no English, and communicated with her husband to be in Hebrew.

After their marriage, they settled in LA and subsequently moved to Bellevue, WA, Seattle’s largest suburb. Over the course of their 20 years in the States, Esther learned English and the Aarons had two children. From the time they met and married in 1986, until a visit to Israel in 2001, the Aarons never thought about Aliyah.

That visit, however, was the catalyst for a yearning to be in Israel. They both felt that yearning separately, but never spoke of this fact to each other.

There was another visit to Israel a couple of years later and the dam broke. They confessed to each other their mutual desire to live in Israel and in 2007, with the help of Nefesh B’Nefesh, they made Aliyah. They came with their 15 year-old daughter, Sarah, leaving one older daughter behind in the States.

“We made aliyah with a 15 year-old entering 10th grade. Those three years of high school were extremely hard for her and for us. Sarah chose her major, art/sculpture, because the teacher spoke English. She had lots of tutors to help her get through the bagruyot.

The first two years of tutoring were subsidized but the last year we had to pay for it. It was a lot of money. It was all worth it when she finally graduated.

Socially, she never adapted and rarely participated in school activities. We pushed at the beginning but gave up and chose to concentrate on getting through high school. I’m happy to report that after two years of Sherut Leumi (National Service) Sarah finally made friends and is happy here in Israel. She is now in college studying film directing.”

I called Esther today to get the rest of Sarah’s story.

“It was painful to see. She didn’t want to be here, to leave her friends. She didn’t speak the language. It was really tough.

“Somehow she made it through school and then decided to go to Sherut Leumi. We were surprised because she understood Hebrew but didn’t want to speak it at all.

“All her roommates were Israeli. Though they spoke English, Sarah was determined to speak to them only in Hebrew. First of all, she was assigned to work in a home for seniors. She had no choice but to finally speak in Hebrew. She came out of her shell. It was good for her.

“She was in Sherut Leumi a total of two years, first in Tel Aviv and then at the Misrad HaKlita in Jerusalem.

“Now she’s in her second year at the Ma’aleh film school. She has Israeli friends and they often come to our home. She does all her course work in Hebrew, though this year she asked if she could submit her work in English, and the school agreed.”

It was nice to hear this success story. I asked if I could see some of Sarah’s film work and was impressed with the caliber of work she has produced thus far.

***
I last wrote about Dena and her daughter Rachel on October 29. On November 13, I had an update.

“Rachel learned all the material for an upcoming history test. She had just enough time to review and study the material, only to find out that the teacher added seven additional pages of material to cover. That’s seven more pages for Rachel to read and translate by Sunday, five days hence, instead of studying what she already learned!

“I’m trying to get her to ask the teacher to not make her responsible for the extra info because of the time constraints. It’s frustrating though…each time she thinks she’s on top of the situation, she gets thrown a loop like this.

“This teacher seems to be very understanding. I think she’ll be okay with the request, but Rachel is frustrated—it makes her feel inadequate.”

***
I got back to Dena today, the day after Rachel had been scheduled to take that history test. I asked Dena to tell me what had transpired.

“She took the test today. The teacher did not make her learn the extra material and tested her only on the Shoah and not on Zionism though the rest of her classmates were tested on both. The teacher also agreed to let Rachel take the classroom tests at her own pace as long as she gets through all the material by February when the bagrut is scheduled. Hopefully it will all work out.”

God Willing. We’re all pulling for her, right?

My most recent blog generated a great deal of reader response. Some readers were interested in finding English language support groups for Olim who are parents of special needs children. Unfortunately, no such group exists at present.

There is a general group for religious special moms which has an associated Facebook page:

There is also Partners with Parents, which guides Olim with special needs children.

Horim B’Kesher serves as a clearinghouse for parents with special needs children.

For accommodations for adults with special needs visit.

At present Kishorit is full up but hopes to expand in the near future. For guidance regarding Aliyah with special needs adult children, contact Shira dot Reifman at gmail dot com.

Other possible solutions for adult children with special needs include Kfar Tikva, Elwyn, Harduf, Shekel, Kfar Refael, Aleh, Alut, and the Joint’s supported apartments in the community (call the JDC).

Feel free to write me: Varda at kars4kids dot org and I will share your stories here in this space, anonymous or attributed as you prefer.

Israeli Arab Arrested on Suspicion of Ties with ISIS 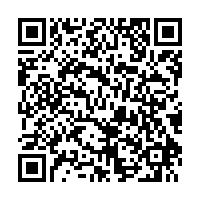