One such club is active on the campus of Al Quds University, near Jerusalem. It’s called the “Sisters of Martyr Dalal Mughrabi.”


As I detailed in a Feb. 3 Jewish Press op-ed (“Yasir’s Girls vs. Gail’s Girls”), they have their own Facebook page. There you can see photos of the “Sisters,” resplendent in their colorful hijabs, engaged in various activities. In one, they are handing out gift bags emblazoned with Yasir Arafat’s face. In another, the bags show a map of all Israel labeled “Palestine.”

The Facebook page also has pictures of the “Sisters” staging a bake sale; I wonder to which charity they donated the proceeds.

And, of course, there are photos of the Sisters smiling broadly as they watch a slide show about their namesake, the “martyr” Mughrabi.

What I wrote here two weeks ago bears repeating: On March 9, 1978, when Miss Mughrabi was 19 years old – the same age as the girls in the club at Al Quds – she led a squad of 13 Fatah terrorists that landed in several small boats on Israel’s shore. There was another young woman was on the beach that morning. Gail Rubin, an American Jewish nature photographer, was photographing rare birds near the water. Gail’s work had been exhibited at the Jewish Museum in Manhattan and other major venues. She also happened to be the niece of U.S. Senator Abraham Ribicoff (D-Connecticut).

One of the terrorists, Hussain Fayadh, later told a Lebanese Television station what happened next: “Sister Dalal al-Mughrabi had a conversation with the American journalist. Before killing her, Dalal asked: ‘How did you enter Palestine?’ [Rubin] answered: ‘They gave me a visa.’ Dalal said: ‘Did you get your visa from me, or from Israel? I have the right to this land. Why didn’t you come to me?’ Then Dalal opened fire on her.”

As Gail lay dying on the beach, Mughrabi and her comrades strolled over to the nearby Coastal Road. An Israeli bus approached; they hijacked it. During the ensuing mayhem, they murdered 36 passengers, 12 of them children. Mughrabi was killed by Israeli troops. Fayadh, who survived, was sentenced to life in jail, but then released in a prisoner exchange – and was later hired as a senior adviser to Palestinian Authority chairman Mahmoud Abbas.

So this is the “Martyr Dalal Mughrabi” whom the female students at Al Quds University so admire – one of the worst mass-murderers in Israel’s history.

Now, I understand that a university cannot compel all of its students to be rational, moderate people whose heroes are not bloodthirsty killers. But the university should not approve or encourage such activities, either.

The Al Quds administration, unfortunately, both approves of and encourages terrorist worship.

Last year the university organized a “chain of readers” to honor the multiple-murderer Baha Alyan. Together with an accomplice, Alyan boarded a Jerusalem bus on October 13, 2015 and began attacking passengers. One was a 78 year-old American Jewish civil rights activist from Connecticut, Richard Lakin. Alyan stabbed and shot this defenseless elderly man in the face and chest.

The Palestinian TV station Wattan reported on the Al Quds celebration: “More than 2,500 male and female students participated in the chain, and it included the reading of books and letter writing by the participants, all of this in the presence of the Martyr’s father, the lawyer Muhammad Alyan. At the end of the activity, which lasted two hours, the participants wrote letters that included sentences and excerpts to the souls of Martyr Baha Alyan and the other Martyrs and their relatives, along with their names, student numbers, and the book they read during the activity. Participants in the activity wore shirts with a picture of Martyr Baha Alyan.”

The fact that a “Sisters of Dalal Mughrabi” group is allowed to operate on the Al Quds campus shows that the Baha Alyan chain-reading was no fluke. This is a university that officially and proudly promotes the glorification of murderers of American citizens.

By participating in such agreements with Al Quds, these five American schools are lending their prestige to an institution that encourages terrorism by glorifying terrorists.

Brandeis University (from where my daughter Alisa was on leave of absence when she was murdered in 1995) used to be one of the schools associated with Al Quds. But in November 2013, following a mass pro-terror rally at Al Quds, Brandeis severed its ties.

It’s time for Wayne State, Johns Hopkins, George Washington, George Mason, and UC-Berkeley to follow suit. They should be on the side of Dalal Mughrabi’s victims, not the side of her admirers.

Israeli Arab Arrested on Suspicion of Ties with ISIS 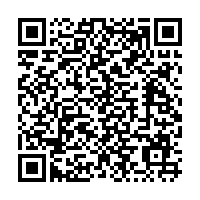