As Prime Minister Benjamin Netanyahu was landing in the US, on his way to a historic meeting with President Trump, the latter’s administration was shocked by the resignation of one of its policy-making foundations – Michael Thomas “Mike” Flynn, a retired US Army Lieutenant-General who was the 18th Director of the Defense Intelligence Agency, and the 25th National Security Advisor to President Donald Trump.

According to nine anonymous US officials, Flynn called Russia’s ambassador to the US on December 29, 2016, the day President Obama imposed new sanctions on Russia, to discuss those sanctions – a month before President Donald Trump took office. Sources in the Administration told the AP on Monday that Trump had been aware for several weeks of justice department warnings that Flynn is vulnerable to Russian blackmail.


In his letter of resignation, Flynn wrote:

“In the course of my duties as the incoming National Security Advisor, I held numerous phone calls with foreign counterparts, ministers, and ambassadors. These calls were to facilitate a smooth transition and begin to build the necessary relationships between the President, his advisors and foreign leaders. Such calls are standard practice in any transition of this magnitude.

“Unfortunately, because of the fast pace of events, I inadvertently briefed the Vice President Elect and others with incomplete information regarding my phone calls with the Russian Ambassador. I have sincerely apologized to the President and the Vice President, and they have accepted my apology.”

Flynn’s tenure as national security advisor was the shortest in the history of this job. The previous record was held be Reagan’s first National Security Advisor, Richard V. Allen, who served just under one year – 348 days. 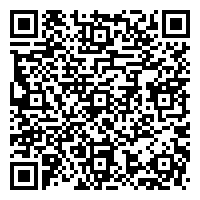