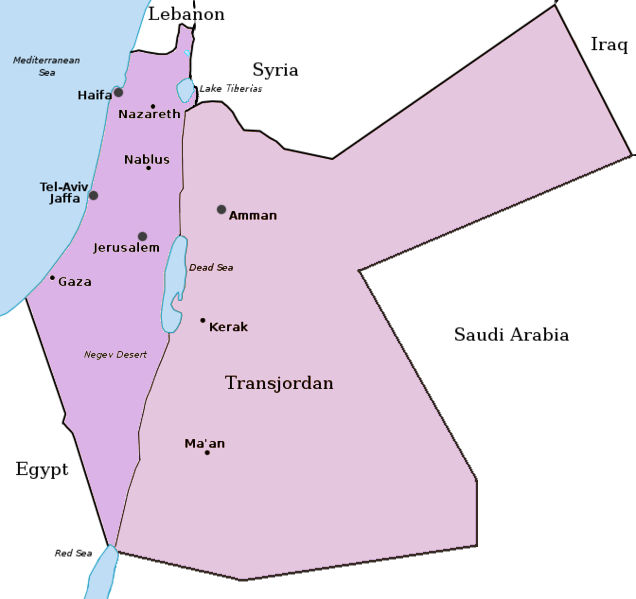 Jamil Youssef Al-Shaboul, writing in Sawaleif, tells a story about a brief episode of Jewish settlement in Transjordan.

Palestine was not alone as a destination for the Jews and the Zionist movement. With the intention of establishing the slandered national homeland, the eastern part of the river was also targeted.
When the Zionist Montefiore built the first neighborhood for the Jews outside the walls of the city of Jerusalem in 1862, after he purchased a plot of land specifically for that, the first two agricultural settlements for the Jews were built in both Jerash / on the Zarqa River and Salt, and through bribes received by some Ottoman officials to facilitate their entry into the country and their ownership for the land.
The Jordanian clans sensed the seriousness of the matter early on, especially after the Jews tried to buy other lands adjacent to the Zarqa River in order to bring in another group of immigrants. The northern and Bani Hassan clans came together and held a meeting in the guesthouse of Sheikh Mustafa al-Ayasra headed by Sheikh Mufleh al-Obaidat, the father of the martyr Kayed al-Obaidat, and they unanimously agreed to expel these Jews. With all the simple light weapons they had, they burned the settlement of Rachel in Jerash and expelled the Jews from it. They headed towards Al-Balqa and burned the settlement of Kfar Ehud near Salt. The presence of these bastards from East Jordan ended.
The Jordanian clans were able to save Jordan from the clutches of the Zionist movement, which was announced at the Basel Conference in Switzerland in 1891, and this confirms that the choice of force in the time of lies and hypocrisy is the one who restores things to their rightful place and that the thief will not escape punishment.

Notice that they admit that the land was purchased by Jews but the author still considers the land “stolen.”

A similar story was published in 2020 in Rai al Youm, another Jordanian news site. It said that the Jews were there from 1870 to 1876 when thy were driven out, and the names of the settlement are the same.
The writers are gleeful that they ethnically cleansed Jews from Transjordan, and they regard this as an honorable story to tell today.
I cannot find English-language  documentation of any of these Jewish settlements in Transjordan in the 19th century. But the story is not altogether implausible. Zionists did buy land across the Jordan, in the Golan Heights. See my previous articles about that here and here.
Moreover, I found an Arabic book about about a dozen plans for Jews to include parts of Transjordan in the Jewish homeland, from the mid-19th century up until the 1940s. Dr. Issam Muhammad Al-Saadi wrote “Zionist Aspirations in Transjordan, 1862 – 1946.” It includes all of these attempts (autotranslated so the names might be misspelled):
■ February 1867 AD, Charles Warren publishes his study, which called for the necessity of beginning Jewish settlement in the region of “Gilead” in eastern Jordan
■ January 1871 AD, Yehoshua Yellin establishes a company to invest and reclaim the lands of the “Nimrin Valley” northeast of the Dead Sea in preparation for the Jewish settlement operations in eastern Jordan
■ April 1879 CE, Lawrence Oliphant after his trip to the Golan and Ajloun lays out the “Gilead Settlement Plan” that called for the establishment of a Jewish political entity in Transjordan
■ June 8, 1880 AD, Ottoman historical document, Sublime Porte rejected Lawrence Oliphant’s proposal to establish a Jewish settlement with some privileges in Gilead “Sanjak of Ajloun, Transjordan”
■ July 27, 1888 AD, Eliyahu Shed was able to purchase land as part of Baron Rothschild’s plan for the settlement of Jews in northeastern Jordan.
■ January 1891, Paul Friedman put forward the “Midian Project” for Jewish settlement in Midyan / the western region of the Arabian Peninsula
■ May 1891 AD, Lord Ghosh presented to the Ottoman government his project for the settlement of Jews in the regions of Gilead and Moab in eastern Jordan
■ October 7, 1894 AD, Zionist settlement attempts in Karak, Transjordan in 1896, and the letter of the Mutasarrif of Karak to the Mutasarrif of Jerusalem
■ June 1896 AD, the expulsion of Jewish settlers and the destruction of their property in Jerash and Hauran, east of Jordan
■ March 22, 1901 AD, Hillel Yefeh’s plan and a meeting with the representative of the Zionist movement “Aes Nattoot” to purchase large lands in Karak, Transjordan, for Jewish settlement
■ March 8, 1903, Aharon Blum signs a lease contract for Zizia lands south of Umm al-Amad for the settlement of Jews in eastern Jordan
■ November 24, 1904 AD, a delegation from the Zionist movement headed by Yitzhak Levy visits Transjordan to learn about the “Lepontine” project for Jewish settlement in southern Jordan
■ On April 29, 1905 AD, Aharon Blum signed a contract to purchase land in Hamra in the Salt region for the settlement of Jews in eastern Jordan.
■ On September 20, 1906 AD, Aharon Blum signed a contract to purchase land in Tanib, in the Madaba region, for the settlement of Jews in eastern Jordan.
■ October 1910 AD, Najib al-Asfar’s project for Jewish settlement in the Ottoman princely lands in the Jordan Valley
■ On February 15, 1917 AD, the Zionist movement announced through the “Palestine of Palestine” the borders of the national home it aspired to.
■ On June 28, 1919, the Zionist movement announced its strong protest against the separation of Transjordan from Palestine and expressed the importance of Transjordan for the future of the Jewish state in Palestine
■ July 13, 1928 AD, Pinhas Rotenberg presented to the British commissioner Henry Cox his plan for the Jewish settlement in the lands of Al-Baqura east of Jordan
■ January 18, 1931 AD, The New York Times publishes a land lease agreement in Ghor Kebd.
■ March 8, 1936 AD, Pinhas Rothenberg presented his plan for the Jewish settlement in Wadi Zarqa, east of Jordan

■ August 15, 1936 AD, a meeting was held in Ghor al-Safi for members of a Jewish group to discuss the plan for the Jewish settlement in the al-Safi Valley in eastern Jordan

Outside of Pinhas Rutenberg, I have never heard of any of these plans. But I found Aharon Yitzchak Blum did indeed attempt to buy lands across the Jordan and even founded an organization called “חברת חלוצי עבר הירדן”, Association of Pioneers of the Transjordan.

This may be a very neglected chapter of Zionist history. I found this paper in Hebrew about Blum that begins with confirmation that there were many Jewish attempts to settle across the Jordan as well as the resistance of the local tribes.

In the second half of the nineteenth century and in the first half of the present century, until close to the establishment of the state, organizations, institutions, individuals and sometimes even private entrepreneurs made attempts to acquire land for settlement across the Jordan. …There was no hesitation about moving across the Jordan; It was, like the West Bank, part of the Ottoman Empire and was perceived in the minds of the many as an integral part of the land, the land of the patriarchs, emphasizing the acuteness of the security problem there, due to the Bedouin ruling the land. The idea of ​​settlement there was intertwined with political ideas, both during the Ottoman rule – to establish Jewish autonomy – and of a desire – especially during the rule of the French and British Mandates – to secure the full territory of the country.

There may be lands in Jordan that were purchased by Jews who were ethnically cleansed by the Arab tribes! 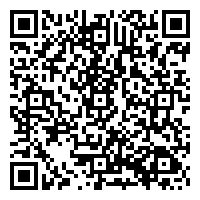