From the Times of Israel:

Saeb Erekat, the chief Palestinian negotiator over the weekend again ruled out the notion of Palestinian recognition of Israel as a Jewish state. Speaking at a Munich conference, on a panel with his Israeli counterpart Tzipi Livni, Erekat said the demand was unacceptable: “When you say ‘accept Israel as a Jewish state’ you are asking me to change my narrative,” he claimed, asserting that his ancestors lived in the region “5,500 years before Joshua Bin-Nun came and burned my hometown Jericho.”

Joshua lived about 3,300 years ago, so Erekat is claiming that his family was in the region for nearly 9000 years.

Indeed, this article about the dialects and clans of Saudi Arabia confirms the existence of the Erekat (sometimes spelled Areikat or Ariqat) families in Huwaitat, and they are one of seven clans that ended up in Palestine.

Is Saeb a member of this clan? Yes, he is.

That article also says that before Huwaitat, their ancestors emigrated from Medina.

All of the Erekats are related. Most of their most prominent members have held positions in Jordan’s government or armed forces, but three PLO diplomats are from the family, including Saeb, the US representative of the PLO Maen Rashid Areikat, and the PLO’s delegate to the Ukraine Khaled Erekat.

(Saeb is also implying that he was born in Jericho, but he wasn’t.)

Saeb Erekat is, once again, lying. Just as we caught him lying many, many times before.

And after all these years of documented lies, no one in the media has had the guts to confront him. Because, you see, he may be a liar, but he is a moderate liar, and therefore deserves everyone’s uncritical support.

And why should Israel have a problem signing a peace agreement with liars?

UPDATE: Erekat actually said “I am the  proud son of the Canaanites who were there 5,500 years before Joshua bin Nun burned down the town of Jericho.” 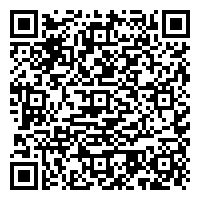