Dr David Pelcovitz, an international expert in child protection, recently visited Beit Shemesh and addressed more than 200 people on the subject of child abuse perpetrators in the community.

The event was entitled “Who are the people in our neighborhood” and was hosted by Magen, the Beit Shemesh Child Protection Organization.
Advertisement


Rabbi Menachem Copperman, the rav of the Ahavat Zion synagogue, where the event was held, opened the evening with a stirring speech about the importance of child protection, and the halachic obligation to report child abuse cases to the State authorities.

The full evening program included dramatic presentations of three real Magen cases, written by local parents of children who were sexually abused. The cases were each read to the audience by volunteers. Dr Pelcovitz gave a commentary and practical information, in response to each case.

The first case presented by Dr Howie Metz, was about a young boy who was lured from the park by a teenage boy, to “help with a mitzvah”, into a stairwell – where the older boy forcefully molested the young boy.

The next case, read by Tzipora Price, was about a grandfatherly man who befriended and helped many local children, until one boy spoke out to his mother about the indecent movies the man was showing the children, and his requests that boys undress, in return for gifts and money.

The final case was particularly moving – about a man who discovers that his own father has been molesting his daughters – the grandchildren. The man is caught between protecting and obtaining help for his children, while seeking the most favorable outcome for his father. Eugene Weisberg skilfully & expressively played the role of the father.

In all three cases, the parents turned to Magen at their moment of crisis – and were sensitively and practically assisted in reporting the cases to the appropriate authorities, while protecting the well being of all the parties. All three parents expressed their appreciation for the work of Magen in successfully helping them through their crisis.

Dr Pelcovitz spoke about parents balancing awareness of risks for children in the community, such as the cases presented, while continuing regular lifestyles and healthy habits. For example, he stressed the benefits of older people mentoring children, while ensuring this only be done with transparency and not in seclusion – these days adults need to keep “Yichud” (not to be secluded) and “Negia” (no touching) with other people’s children.

In the second half of the evening, an expert panel responded to numerous questions from members of the audience.

The evening was well received by the packed audience; it was dramatic, informative and memorable.

Israel Child Abuse Between Zero and 48.5% 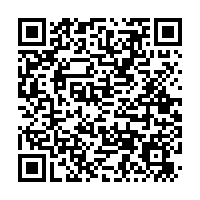