In 1977, Mahmoud Abbas wrote a book called “Zionism: Beginning and End.” It was republished in 2011 and is available to view, today, on his website.

This article describes one of the strategies Abbas spells out in the book for destroying Zionism and asserts that Abbas kept his philosophy years afterwards.

Zionism is based on racism, which carry the seeds of failure in itself, but more importantly is that the Zionist community in occupied Palestine is based on the marginalization of Sephardic Jews who are forced to submit to the elite Western “Ashkenazim.” Abu Mazen lists movements and organizations emerging in the Zionist society that are resentful of state policies, motivated by contradictions with the Zionist idea, or justifications as a result of marginalization and social exclusion. Abu Mazen offers the idea of building bridges with the out-of-power and marginalized groups in the Zionist society, to strengthen their positions, and widen the gaps in the Zionist entity. This vision is the philosophy behind the efforts of meeting with the leftist forces of Zionism and the anti-government personalities of the Israelis themselves. He kept these meetings in eastern and western European capitals quiet, before the news gradually floated to the surface.

Abbas continues this strategy today. The PLO issued a detailed 56-page strategy document at the end of 2012 and the PLO has been following the plan slavishly. But one of the points mentioned was “to develop a strategy to work with Israeli society, particularly with the forces that supported the principle of two states on the 1967 borders, especially since it is not expected that the Government Israel will fulfill their obligations, particularly with regard to halt settlement activity or the release of prisoners or accept the principle of two states on the 1967 borders.”

All those peace-loving Israeli leftist groups who enthusiastically meet Palestinian Arab officials (until the smart ones see the truth) are unwittingly part of the plan to divide and destroy Zionism, and eventually the Jewish state.

It seems apparent that the “American Jewish leaders” that Mahmoud Abbas met in September, who were so proud that they were meeting with him that none of them thought to ask him a single difficult question, were essentially unwitting dupes in this 2012 plan. They were clearly handpicked to be the people who would swoon over Abbas the peacemaker. 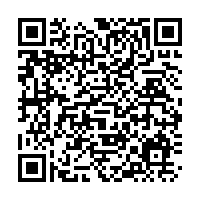