I believe that the Bahrain economic workshop was designed to “fail.”  The Palestinians are playing the roles assigned to them by Jared Kushner and Jason Greenblatt perfectly.


The Trump team is smart, and they know how Palestinian leaders act – far better than the professional diplomats who kept trying to entice them with more and more Israeli concessions, which only made the Palestinians increasingly intransigent.

Kushner and Greenblatt have been spending lots of time speaking with the Gulf leaders, the people who have been the biggest funders of the Palestinians over the decades. They know quite well what most of the professionals have been pretending isn’t true: the rich Arab nations have been sick of the Palestinian issue since even before the Arab Spring.

These leaders have seen the Palestinians turn down offer after offer. They’ve seen them refuse to even talk with Israel. They’ve seen how they cannot solve the Fatah/Hamas crisis.

The Gulf leaders never intended to be a permanent welfare source for a dysfunctional quasi-state. They want to invest their money, not throw it away. Over the past ten years, maybe more, they have publicly  been pretending to fully support the Palestinians – and have privately been reneging on their pledges.

Other Arab states have been burned by the Palestinians as well. Even before the conference, when the Palestinians went on their full court press to get every Arab nation to boycott the conference, Jordanian media close to the king said that there is no harm in attending the workshop and see what could be on the table. Egypt has been trying to mediate between Hamas and Fatah for years, to no avail but much to Egypt’s frustration at the terror group on its doorstep.

The professional diplomats only hear the Arab states say how the Palestine issue is the most important one in the region, a mantra that has been meant to cover up the problems each Arab country has at home and sometimes between themselves. The professionals believed it.

Kushner and Greenblatt know better. They have been able to cut through the bull, helped a great deal by the fact that the Gulf states felt so abandoned by the Obama administration’s disastrous tilt towards Iran.

If there is one thing that was a sure bet, it is that Mahmoud Abbas would instruct his government to boycott this conference. And this is exactly what was expected.

The conference is meant to make the wedge between the Palestinian leaders and most of the rest of the Arab leaders explicit. Here is a workshop where some $50 billion in aid is being offered, with no strings attached, as a vision of what could be if Palestinians would just accept Israel, stop haggling over issues Israel will never give up on, and actually accept a state.

Palestinian intransigence, the most reliable force in the region, is what can pave the way for Gulf states to finally drop the linkage between the moribund “peace process” and having closer relations with Israel. The Gulf states know that they need to modernize, to diversify from oil, to invest in education and high tech. They know that Israel would love to help them.

Given a choice of who would help them more, Israel or “Palestine,” there isn’t even a question.

The US invitation for Palestinian officials to come to the workshop was half-hearted at best. If they would come, great, but if they refuse, even better.

The predictable Palestinian refusal to have anything to do with progress is part of the bigger peace plan that the Trump administration is working on – the real peace between Israel and the Arab world.

The world, and the diplomats of the previous era, have been the victims of the tunnel vision that the only important peace is that between Israel and the Palestinian leaders who have shown time and time again that they don’t want peace at all.  Not only had the “peace process” turned into a religion, but so had the idea that there was a linkage between the Palestinian issue and all the problems of the Middle East. These myths have driven the US, EU and UN’s thinking since before Oslo.

Real peace  is not based on artificial and arbitrary demands by a spoiled welfare state that believes that the world owes them unconditional funding and support forever.  Real peace is based on shared interests. Real peace is one that all of the parties actually want, rather than one where one party uses the word “peace” as a means to politically pressure and destroy the other.

Israel and the Arab states have already had a de facto peace which has been getting better despite the worsening relations Israel has had with the Palestinian leaders. Linkage has been shown to be a myth.

Only when Palestinians understand that the world has changed and that they can no longer rely on automatic, reflexive support from their fellow Arabs can they even start to consider going back to the table with Israel.

These former diplomats, now pundits, still don’t get it. They belittle the economic workshop, saying that “oh, we’ve already tried that before” and “the document looks like a real estate prospectus.” They are still stuck in the past, devoted to their old myths, and not understanding that Bahrain is already a success before it even starts. 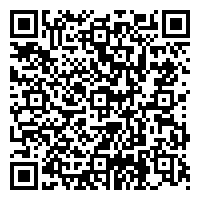