Freshly dismissed education minister Naftali Bennett on Wednesday held a conference in Tel Mond, near Netanya, for key activists in the New Right party, with the absence of one prominent party leader, Ayelet Shaked. Shaked is still co-chairman, at least on paper, but she has been seeking employment elsewhere, either in the Likud or in the Rightwing Union, alongside Rabbi Rafi Peretz and Bezalel Smotrich.

Bennett referred to Shaked’s absence and said he would be happy if she ran again with him, but should she decide otherwise, the New Right would run for the Knesset without her.

Bennett has yet to declare whether New Right would run only in partnership with another party or alone. A Wednesday night, a poll conducted for News 13 showed Bennett’s party receiving only four Knesset seats, just like the Rightwing Union. Last election, Bennett et al slipped below the threshold vote and Peretz and Smotrich made it in with five seats.

By “relevant to us” Bennett refers to Otzma Yehudit, led by Itamar Ben-Gvir and Michael Ben-Ari, with whom he refuses to cooperate.

Bennett said the repeat elections are a bad idea, “even though this is a good opportunity for us. The repeated elections are not a good thing for the state.”

Bennett also stated: “Our goal is for the New Right to enter the government with sufficient political power for coalition negotiations, so that we will act for the things that are important to us.”

He meant for his getting the desired defense portfolio, which he’ll never get without Ayelet Shaked running on his list. We may be looking at the last days of Naftali Bennett the politician. Having abandoned his dream of attracting secular rightwing voters, the former Habayit Hayehudi is forced to fight with the party he abandoned over the tiny electoral crumbs on the floor of the religious Zionist sector.

No matter what he does next, Bennett is losing something: should he run inside his former party, he’d be demoted from chairman to third or fourth place; and running alone he could end up being credited with eliminating religious Zionist representation in the Knesset. 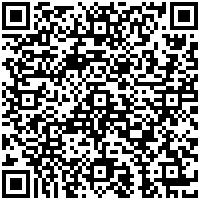