Dear Friends, In recent weeks our attention has been drawn to Jerusalem and the Temple Mount. Interestingly, the terror attacks came at the very same time we were reading about Jerusalem in the weekly Torah portion where Abraham was told:

“Take now your son, your only son, whom you love, Isaac, and go to the land of Moriah, and offer him there as a burnt offering on one of the mountains of which I will tell you.”

Moriah is not only a reference to Jerusalem, but to the Temple Mount itself – this is where Abraham almost sacrificed Isaac. This is also the spot where the two Temples were built, and where the Altar was placed on exact spot of the Binding.

The Romans destroyed our Temple and replaced it with their own. Later, Muslims and Christians fought wars over control of the Temple Mount and destroyed each other’s high places. Now we have returned and are asserting our claim: “Har Habayit Beyadeinu – the Temple Mount is in our hands.”

We, on the other hand, are not scared. This is our moment, and we will not miss it. We believe that Jerusalem is a city the unites Heaven and Earth and ultimately unites mankind: “Jerusalem, that is built, as a city that brings together”. Our vision is of Temple which will be “A house of prayer for all nations.”

However, to achieve universalism, you need particularism, meaning that the unity of mankind, and the union between Heaven and Earth, can only come about when the true safe-keepers of the Mount, Israel and the Jewish people, have sovereignty. Certainly, the abhorrent status quo, where Jews are treated as Dhimmis on the Mount, can not go on. Moreover, the Temple Mount, recently renamed by propagandists ‘the Al-Aqsa Compound’ is a magnet of virulent anti-Israel sentiment. Criminal activity there must end.

I write these words as I look unto the Temple Mount from my window on the Mount of Olives across the way. In my heart is bitterness and sadness of yet another murder in Jerusalem as a second victim of Wednesday’s terror attack, Shalom Baadani died of his wounds at Hadassah Medical Center on Friday morning. The 17-year-old yeshiva student had been hospitalized in critical condition after a terrorist slammed his van into two separate locations near Jerusalem’s crowded rail station, injuring 14 others and killing Border Police officer Jidan Assaad, 38. Bitterness.

On the other hand, I also feel unbridled joy. The Biblical Voice Who said to Abraham almost 4000 years ago, “Go to the land of Moriah” is being heard across the Jewish world today, and therefore, Jerusalem is being reborn in our time. The violence is an effort to subdue our passion, to replace our yearning with fear. But to no avail. We will not be bullied, we will not forget, we will not let Jerusalem fall ever again. Our joy and passion will defeat their terror. 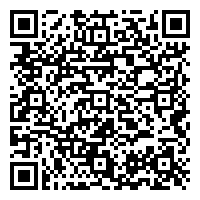