“The Arabs are a cancer in our midst. And you don’t coexist with a cancer. A cancer you either cut out, and throw out, or you die.”- (Rabbi Meir Kahane, on 60 Minutes)

Twenty-four years ago, El Sayyid Nosair (yemach shmo v’zichro) shot Rabbi Meir David Kahane (HY’D) in a Manhattan hotel, following the Rabbi’s lecture to an American audience about the need for emergency aliyah. I remember that terrible evening with the clarity that only real nightmares attain. I was in eighth grade, and I was watching WWOR’s 10 o’clock news segment on Channel 9. The news anchor, Rolland Smith, opened the broadcast with the mind-numbing news that Rabbi Kahane was shot by an Arab, and that he was clinging to life. A short time later, we received the grim news: Rabbi Kahane was dead.

Disbelief. Utter shock. I knew that someone special was stolen from the Jewish people. As early as second-grade, I started reading Rabbi Kahane’s articles in The Jewish Press every Friday night. It was a Shabbos routine. While I’m sure I missed many of the finer points of the articles, young as I was, I could discern that there was something unique about the man. His writing was sharp, witty, cutting like a scalpel. Certainly, I had seen the Rabbi’s many “confrontations” on television, and there was a definite face to this remarkable man who behaved in a manner so unlike most contemporary Jews. He was fearless, and you instantly recognized that here was a Jew who truly didn’t give a damn “what the goyim thought.” No apologies; Dignity and self-respect.


These memories remained with me, and in my late teens I studied Rabbi Kahane’s other written works. The first book that I read was “Never Again.” It changed me forever. In time, I became connected with those who were fortunate to know Rabbi Kahane personally, and had assisted him in his life’s work to save Am Yisroel,“To save them from themselves,” as he so often noted.

Justice Denied Tragically, in one of the most grotesque displays of legal injustice and anti-semitism in American history, Rabbi Kahane’s killer was acquitted of the murder charges. It helped that Nosair had the talented but grotesque, self-hating, PLO-supporting “Jew” William Kunstler as his lawyer. As far as the American government was concerned, they naively assumed that Rabbi Kahane’s assassination was an isolated incident and chose to ignore it. Certainly, the murder of a man who was an unmovable obstacle in their path, who constantly fought American pressure on Israel with tooth and nail, was of no concern to them. They were glad to be rid of him. Yet ultimately they paid a steep price for their inaction,  American blood.

The failure of the American government to investigate the terror network responsible for Rabbi Kahane’s murder allowed these same terrorists to slip through the cracks and strengthen their roots in the U.S. Today, Nosair is sentenced to life imprisonment in America, not for his murder of Rabbi Kahane, but for his role in the first World Trade Center bombing, which could have been averted had the U.S. government been paying attention. And by extension, is it too much to speculate that the horror of 9/11 could possibly have also been prevented, had the U.S. government connected the dots in those early years? The clues were all there.

What Can One Say? Every year on the anniversary of Rabbi Kahane’s assassination, I am inundated with feelings of profound loss, a desire to want to articulate these feelings, and an inability to do so. Much of my frustration stems from the disappointment that I was never fortunate to meet the man in person, though his teachings resonate throughout my core. Another impediment is the general inability (of this author at least) to truly capture Rabbi Kahane’s essence in an article. What can one say about the kind of man who will surely not arise again in our lifetime, until the Messiah arrives? 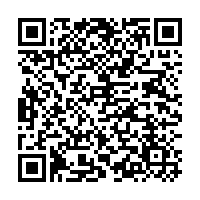