Today is a black day for American Jews. Why? I’m sorry to say it, but as the so-called “Palestinian Authority” is gaining entrance to the United Nations as an observer, non-voting state, the Jews of America are out playing golf or watching things on TV, instead of protesting outside the UN with all of their might. “Israel Belongs to the Jews!” their protest signs should declare. “Israel is Our State!” their banners should proclaim. But, except for the few regulars and Rabbis who always show up at the demonstrations in NY, no one is there to protest.

In the upcoming Torah portion regarding the casting of Yosef into a pit, the Torah notes: “And the pit was empty, there was no water in it.” Our Sages inform us that there wasn’t water, but there were snakes and scorpions. A vacuum doesn’t stay empty. The same is true of the Land of Israel. If the Jews of the West had responded to the calls of the Zionist Movement and come on mass aliyah, especially with the founding of the State of Israel, the Land wouldn’t have filled up with snakes and scorpions.


Now these same snakes and scorpions are demanding that the United Nations recognize that Israel is their homeland, and the Jews of America sit at home and watch on TV (a least a fraction of them, since the vast majority our totally lost), and they shake their heads and say, “The Government of Israel is to blame. They should have annexed all of the territory… they never should have agreed to Oslo….”, when, in truth, it is they themselves who are to blame for not having said good-bye to comfortable America, and France, and England, and South Africa, and Mexico, and Canada, and Australia, and returned to the Jewish Homeland to reclaim it for the Jews.

So the Arabs claimed it instead. It’s shameful to say, but when it comes to the Land of Israel, the Arabs have more mesirut nefesh and a readiness for sacrifice than Diaspora Jews. The “Palestinians” are ready to give up their lives for the Holy Land. How many Diasporians can say that? They are prepared to suffer, and engage in armed struggle to win sovereignty over the Land. How many Diasporians can say that? Instead they sit in Brooklyn, and Monsey, and Lakewood, and Chicago, and Dallas, and Beverly Hills, and they shake their heads and say, “Too bad those weak Israelis didn’t transfer them all to Saudi Arabia,” while they go into the kitchen to make another bagel and lox.

So, with the hope that a least a handful of readers will hear these words and recognize their truth, I composed a prayer for Diaspora Jews to say on this black day of our history:

“Dear God, and God of my forefathers, Avraham, Yitzhak, and Yaacov; on this black day when Arabs are demanding that world recognize their right to a state in the Land of Israel, I sit here silently in America doing nothing to protest, even though Israel is my Land, not theirs.

“I know it is my Land because I know you commanded Avraham to live there, and You promised it to his descendants  the Jews, as an eternal covenant. I know it is the Land of the Jews, and the place you want me to live, because You told Yitzhak to never leave it, and when Yaakov had to flee from Esav, You told him to return to the Land of Israel to raise his family there.

“And when You freed the Jews from bondage in Egypt, You commanded us to return to Israel. And I know I am supposed to live there because it says so in the Torah over and over again, and all the Prophets all speak about our returning from the exile to rebuild our national life in the Land of Israel, and that our Redemption can only happen there.

“I know that I am supposed to live in the Land of Israel and not let other nations dwell there in my stead, because that’s what the Torah says clearly, and that’s what we pray for in our daily prayers, and that’s what I say myself at the end of every Passover Seder, and at the conclusions of my Yom Kippur prayers, “Next Year in Jerusalem,” yet here I am, still in New York, and Los Angeles and Boca Raton, when I know I should move to Israel.

“But I’m stuck, either because I don’t know how I can make a living there, or I’m afraid to go into the Israeli army, or I don’t want to leave my parents, or I’m comfortable here, or a dozen other reasons, some of them real and others invented, and I know that You know what’s really in the heart of man, so I ask Your forgiveness in that I haven’t done as much as I can, whether in going to live in Israel myself, or helping others in whatever way I can, by forming an aliyah group at my synagogue, or convincing our shul’s Rabbi to urge our young people to go, or help to raise funds so families can make a new start in Israel.

“True, I follow what’s going on in The Jewish Press, and I post articles about Israel on Facebook, and I give whatever tzedakah I can, but I know I could do lots more. Please forgive me that I don’t act on the words of my prayers, and that I ignore the great mitzvah of living in the Land, and even though there are Gedolim who say that aliyah isn’t an obligation today, everyone agrees that it is still a great mitzvah, and though I strive to perform all of the other commandments as best as I can, over this one I am surely remiss, especially when I see how You have miraculous gathered in millions of Jews to Israel, and rebuilt the country in a miraculous way, while here in America, and England, and France, assimilation is eating up our ranks, and we look away as if everything is OK as long as it is down the block with the reformers, and not in the bubble of our wonderful glatt kosher neighborhood. Forgive me, Father, that I sit passively in my home while Arabs proclaim their right to the Land of Israel.

“Even though the Israelis could have handled things differently, I know that I am to blame as well for making America my home over Israel. I am ashamed that the Arabs are acting more Jewish than I am. You have commanded us, the Jewish People, to establish our sovereignty over the borders of Israel, and in my procrastination, the sons of Ishmael are doing it in my stead. Woe is me. Woe is me. My shame spreads out up to Heaven. Please, my Father and King, from this time forth, put in my heart, like a raging fire, the desire and courage to extricate myself from galut and come home to Israel, to be in my own Jewish Land, and not continue on as a stranger amongst the gentiles. And if I can’t make aliyah now for whatever reason, let me encourage my children to do so, and do whatever I can to let others know that our only future is in the Land of the Jews, just like it clearly states, again and again, in the Torah, in the writings of our Prophets, and in our prayers. 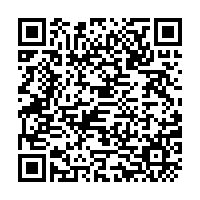