Rabbi Yisrael Meir HaCohen, from Radin, better as the Chofetz Chaim, composed the unparalleled halachic work, the “Mishna Berura,” the definitive compendium of practical Jewish law. In addition, his writings on good deeds and kindness, “Ahavat Chesed,” and his treatise on evil speech, “Shmirat HaLashon,” show his great piety and saintliness. He is known never to have spoken unfairly about anyone.

In spite of the fact that the Chofetz Chaim was vehemently opposed to the non-religious spirit of the secular Zionists, he encouraged the aliyah of God-fearing Jews. He saw the surge of mass aliyah from Russia as “the footsteps of the Mashiach,” and the beginning of the ingathering of the exiles which precedes the Mashiach’s coming. “If we had the capability,” he wrote to his son, “it would be appropriate to buy land and make aliyah to Eretz Yisrael” (Letters of the Chofetz Chaim to His Son, Reb Aryeh Leb HaCohen, pgs. 43-44.)


He even approved of Jews enlisting in the gentile armies of Europe, indicating that it would be good training and preparation for our own Jewish army. He told them: “In a short time the Mashiach will come, and we will have a State, and a State needs an army. Will you wait until then to learn how to be soldiers? Now you have the opportunity to learn how to fight. This is very important to us. The Master of the World is arranging this opportunity for practice to prepare you for service in our own Jewish army” (See, “Torat Eretz Yisrael, Ch7; L’Netivot Yisrael, by Tzvi Yehuda Rabbi Kook, 2:6; Mishna Berura, Shabbat, 329:7: sub-section 17.)

The following story is brought down by the revered scholar Rabbi Dichovsky, in his comentary, “Neot Desha,” on the Talmud. In the introduction, he recounts his visit to the Chofetz Chaim to ask him a question about moving to Israel at a time of clear and present danger, when Arabs were waging pogroms in the Holy Land. We quote his account verbatim:

“I saw it proper to record a statement made to me by the most pious of all of the kohanim, the Rabbi of all Israel, the glory of the generation, the holy of all Israel, may he be blessed in memory, in the matter of aliyah. I asked him about this question, and the following are the details of our encounter.

“It was the beginning of the year, 1933. There was a group of Torah scholars who had organized themselves to go together to Israel to learn Torah. I too was amongst them, but I had many doubts, because I knew that many of the great gedolim (Torah scholars) of Israel were opposed. The heads of my yeshiva were especially opposed to the idea that yeshiva students would go to Eretz Yisrael, even for the sake of studying Torah. They said that the proper conditions had not as yet been established in order to facilitate Torah study with the proper diligence in the Holy Land, to the extent that we are able to study Torah in the yeshivot in the Diaspora. Therefore, I said in my heart, that I must not ask my rabbis in this matter, for obviously their answer will be no.

“Like Rabbi Zera, who ran away from his teacher, Rav Yehuda, when he wanted to make aliyah to Israel (Tractate Ketubot, 110B,) I decided to go and ask the counsel of the righteous tzaddik of our generation, our revered master, and to receive his blessing before I departed. Therefore, just before the Day of Atonement, I journeyed to the yeshiva of the Chofetz Chaim in the town of Radin, where I stayed in the shadow of this great, righteous individual. This was, as is known, the last Yom Kippur of this special tzaddik, for at the end of the year, in the month of Elul, he was taken to the yeshiva Above, may his merit be a shield to us and all Israel.

“In spite of his great physical weakness, a Heavenly Providence was with me, and I merited to see him the day after Yom Kippur. I told him my situation, and that I had a good chance of making aliyah to Israel as a Torah student, only I had lingering doubts if I would be able to learn Torah with the same diligence with which I was learning now. Immediately, he answered, in his famous sweetness of speech, that there was no room at all for my wariness. Why in the world would I not be able to learn Torah there with absolute diligence, he said? Just the opposite would seem to be true, for the Land of Israel, without question, was more conducive for steadfast immersion in Torah. He recited the verse, ‘The gold of the Land is good,’ on which the Midrash says, ‘This gold are the words of Torah, for there is no Torah like the Torah of Eretz Yisrael; and there is no wisdom like the wisdom of Eretz Yisrael.’ 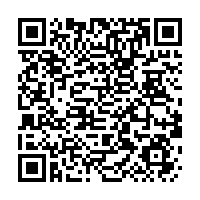