Speaking at the recent Dangers of the Internet mega-gathering of 50,000 Haredi Jews in New York, a rabbi declared that the Internet was the greatest threat to the Jewish People since Zionism. In my humble opinion, rabbis who make statements like this, alienating their followers from the Eretz Yisrael and the supreme holy mitzvah of settling the Land, are as much a danger to the Jewish People as all the very grave problems of the Internet. This same blindness led to the slaughter of hundreds of thousands of Jews in Europe, when many pre-Holocaust rabbis told their communities not to escape to Zion, but rather to stay where they were, even though people like Rabbi Kook and Zeev Jabotinsky repeatedly warned of the imminent devastation to come. It is the very same blindness which caused the Spies in the wilderness, who were the spiritual leaders of the tribes, to rebel against God’s command to journey on to Israel, bringing about the death of their entire generation in the desert.

The universally respected Torah giant, the Gaon of Vilna, taught that the sin of Spies haunts the Jewish People throughout all of its wanderings, and that many are caught in its deceptive web, including Torah scholars. He states:

“Many of the transgressors in this great sin of, ‘They despised the cherished Land,’ including many of the guardians of Torah, will not know or understand that they are caught in this sin of the Spies, and they will not sense that they have been sucked into the sin of the Spies in fostering many false ideas and empty claims. And they cover their beliefs with the already proven fallacy that the commandment of settling the Land of Israel no longer applies in our day, an opinion which has already been proven false by the Torah giants of the world, both the early and later halachic authorities” (Kol HaTor, Ch.5).


God Himself is a Zionist. In another two days, we will be celebrating the holiday of Shavuot which commemorates the giving of the Torah on Mount Sinai. But with all of the greatness of the event, Sinai was not to be the last stop on our journey. God tells the newly formed Jewish nation: “You have dwelt long enough at this mountain – go up and possess the Land!” (Devarim, Ch.1) There is a special place for the observance of the Torah – not in the wilderness, not in the lands of the gentiles, but in Eretz Yisrael, the Land of the Jews.

Yes, the Ribono Shel Olam, the Master of the World is a Zionist. So was Avraham Avinu, Moshe Rabeinu, Yehoshua, King David, Rabbi Akiva, Rabbi Shimon Bar Yochai, the Macabbees, all the Prophets of Israel, including Ezra and Nechemia who led a seemingly motley crowd of sinners back to the Land of Israel from Babylon to rebuild the Holy Temple. Why didn’t the majority of Jews join in? In the harsh words of the Torah giant, Rabbi Yehuda HaLevi, in his classic work on Jewish Faith, The Kuzari, they preferred to stay in Babylon with their businesses and villas, thus undermining our return to the Land:

“This is the sin which kept the Divine Promise with regard to the Second Temple from being fulfilled. Divine Providence was ready to restore everything as it had been at first, if they all had willingly consented to return. But only a part was ready to do so, whilst the majority and the aristocracy amongst them remained in Babylon, preferring dependence and slavery, unwilling to leave their mansions and their affairs. Had we been prepared to meet the God of our Forefathers with an honest mind, we would have found the same salvation as our fathers did in Egypt. If we say in our prayers, ‘Worship at His holy hill; worship at His footstool; He who restores His glory to Zion,’ and other words of this nature, this is but as the chattering of the starling and the nightingale. We do not realize what we say by this sentence, nor others, as you can clearly see,” (Kuzari, 2:22-25).

The Sages of the Talmud teach that the Almighty is in charge of everything that transpires in the world – even the path of a leaf as it falls to the ground, God sends an angel to accompany its journey. How much more does this apply to the vast and miraculous ingathering of the exiles and the rebuilding of the Jewish Nation in Israel which we have witnessed in our time! Who has brought all of this world-sweeping drama to pass if not the Master of the World Himself? Who has directed all of the awesome and terrible World Wars surrounding the modern State of Israel, toppling great empires, and formulating new international agreements, if not the Holy One Blessed Be He? Who has brought about the tremendous agricultural and technological wonders that all the world has witnessed, and raised the devastated Jewish People out of the ashes of the Holocaust and put a Samson-like prowess in their hearts to become a military giant if not the Maker of Heaven and Earth? Who has orchestrated the massive building in the reborn Jewish State, including an unsurpassed proliferation of Torah institutions and Torah learning that has made Israel today the Torah center of the world – who has done all this if not God Himself? Yes, God is a Zionist. A proud and fierce Zionist. As fierce a Zionist as can be. And as all the Prophets of Israel have told us, He wants His People in the Holy Land He gave them, and not in the cursed lands of the exile, no matter how temporarily comfortable these exiles may be. 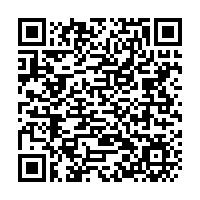