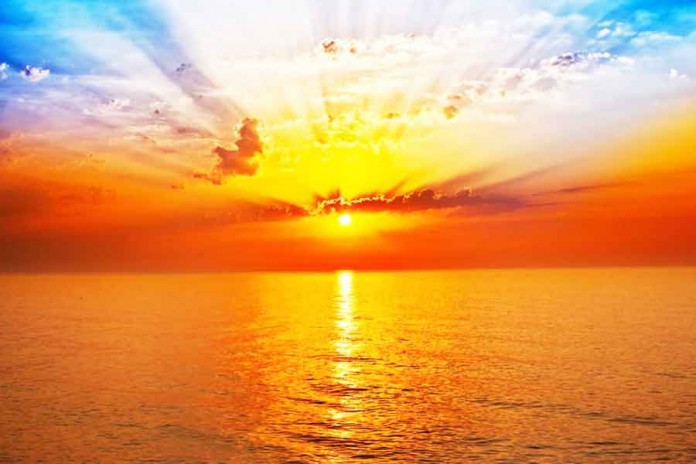 Many have been the interpretations of the current coronavirus epidemic. Some see run-of-the-mill divine messages in it while others see more cataclysmic shifts afoot. The Jewish Press recently spoke with someone in the latter category.

Rabbi David Samson is the founder and dean of the Yerushalayim Torah Academy high schools for English-speaking boys and girls as well as the author of four commentaries on the writings of Rav Avraham Yitzhak Kook, the first Ashkenazic chief rabbi of Palestine.


The Jewish Press: How do you explain the coronavirus to your students?

Rabbi Samson: The problem is that I myself don’t know. I told my students that Hashem didn’t consult with me first and that I am in the dark right alongside them – at a distance of two-and-a-half meters, of course.

Do you emphasize the seriousness of the situation or do you soften it for their young ears in order not to demoralize them?

Israel has a way of making young people into adults before kids the same age in America. Maybe it’s because of the army and our constant readiness for war.

I don’t treat the subject lightly because I believe we are entering a very cataclysmic stage of world redemption, and it is their right to know the truth. But I do try to present it in a language they can understand.

Today, I told them the world is being “restarted” by the Master of Heaven and Earth. Life as we knew it until now is being “erased” and “deleted.” In effect, we are waiting for an agonizing download to end and for a new program to begin.

How do you deal with the theme of divine punishment and repentance?

Our Sages teach that punishment for transgression comes measure for measure. From our solitary confinement, we see more and more each day how human society and culture are being destroyed. No one is participating in social encounters. That indicates that today’s social and cultural machinations need to be rectified.

Not only are the cultural trappings of mankind being destroyed, the bars, movie houses, theaters, rock concerts, etc. have been forced to close. That means that we have to do a major reboot of everything.

For instance, the institution of the family has undergone terrible and perverse transformations in our modern era, when everyone raises the banner of “doing one’s own thing” – no matter how egotistical and immoral it may be. The coronavirus has brought the family back together.

In the family of nations, threatened by world crisis, warring countries have put down their swords. Instead of fighting each other, they are helping each other.

This sudden unity – of the family and of the world – is a healthy development that the King of the Universe has brought about with His scary invisible bug, an adversary that doesn’t distinguish between boomerang-throwing Aborigines from Australia and dapper-dressed Englishmen from London. Covid-19 doesn’t care. To it, we are all the same. All in the same ship of fools together.

One can readily understand why the empty culture of Hollywood and wanton promiscuity must be abandoned, but why do yeshivot and synagogues need to be closed?

I have no idea. As I stated before, the Ribbono Shel Olam did this all without consulting me. But I have a feeling that instead of our usual blaming the other guy for what’s wrong, we are all called upon to look inward and understand what we could have done better.

I am trying to raise my students up to a higher, more encompassing vision that the required rectification won’t come by sticking a band aid here and there; it will only come through a revolutionary change of such paramount proportions that when historians look back on this period, they will distinguish between B.C. (Before Corona) and A.D. (After the Death of Corona).

How do you explain the Almighty bringing this devastation upon humanity without any warning? In Biblical days, a prophet was first sent to warn the nation that a heavenly blow was coming if people didn’t repent from their errant ways.

It seems to me that Hashem gave us a clear roadmap of world history in the Torah and Prophets, explaining quite clearly how our disloyalty to the Torah would lead to the destruction of the Kingdom of Israel, followed by a long and traumatic exile amongst the nations, followed in turn by the ingathering and resettlement of the Land of Israel. This has all come to pass….

Our Sages taught us that there is no surer sign of the exile’s end than when the trees in the Land of Israel give forth their fruits in abundance. Haven’t we witnessed this in our time?

The Gemaras of Sotah and Sanhedrin also make clear that with the advent of Mashiach, the economy will collapse, Torah scholars and the devoutly religious will be scorned, judges will cease to exist from Israel, the generation will dwindle, sufferings will come upon it like a river, and that we will only have our Father in Heaven to rely upon – just like today.

Because of these Gemaras, at the end of World War I, when the Chofetz Chaim saw the destruction of great centers of Judaism and the looming danger yet to come, he wrote a book called, Tzipia L’Yeshua, in which he lists 40 signs from the Gemara that point to the footsteps of Mashiach.

For him, the conflagrations of World War I were the birth pangs of an emerging new stage of Redemption. When students asked him what would be, he answered in Yiddish that he was afraid there would be a terrible tragedy. But quoting a verse of the prophet Yoel, he said, “On the mountain of Zion and Jerusalem, there will be a refuge for those who escape.”

And lo and behold, the Balfour Declaration was proclaimed, leading the way to the establishment of Medinat Yisrael. In order to move from Vilna to Jerusalem, a cataclysmic upheaval was needed, a cruel Divine amputation, encompassing two world wars and the horror of the Holocaust. Darkness before light. Death before rebirth.

Rav Kook saw the same process of redemption unfolding. In the midst of World War I, he wrote, “When there is a great war in the world, the power of the Mashiach awakens… the evil tyrants are obliterated and the world becomes perfected… and in the death of the innocent who are gathered up in the conflagration, there is a measure of atonement, as in the death of tzaddikim.” These are words that could apply today.

Elsewhere in his book, Orot, which he penned when he was stranded in London during the war, he writes, “The evil kings of the land and the murderers who bring terror on the earth have stained the world with blood, and atonement is sure to come – the annulment of all of today’s cultural machinations with all of their lies and venomous poisons whose entire false cultures must be erased from the world, and in their stead will be established the kingdom of the high holy ones, Israel…

“Then it will be known and proven that only in Him, in the G-d of Israel, is there salvation… then the present-day culture will be totally erased, with all of its foundations, libraries, and theaters. And all of the vain and cruel laws, and the evil and sinful customs of life, will all pass away to oblivion. And G-d alone will be exalted above all on that day.”

Isn’t this a little too harsh for teenagers?

Actually, they enjoy hearing about it. After all, they are used to watching gory, sci-fi movies. This end-of-days scenario is the blockbuster of all blockbusters, and Israel comes out the winner!

But yes, to the lower grades, I tend to use milder metaphors to explain what we are facing. For example, if you have a one-story building, and you want to remodel and add another floor, you don’t have to tear down the building. You can add another story while keeping the first story, and everything is fine.

But if you want to build a skyscraper, then the one-story building can no longer remain. You have to destroy it. Not only that – you start digging a deep hole in the ground in the other direction! Passersby are apt to say, “This is the exact opposite of a skyscraper!”

A higher vision is needed to see that this seeming backward direction is indeed the path to the skyscraper that will emerge from the destruction. So too with the coronavirus today.

What is the role of Am Yisrael in all of this?

It seems to me that the role of Am Yisrael is changing. Throughout the exile, we were like pulpit rabbis, spreading the divine way of the life to the mankind on an individual level, through sermons on justice and morality, and how to be a better person.

Now the time has come to be a beacon, not only to individuals, but to all of the nations, through the example of Medinat Yisrael, the nation of Israel in the Land of Israel, as the verse teaches, “For out of Zion shall go forth the Torah, and the Word of the L-rd from Yerushalayim.”

Right now, we are in a period of hibernation, withdrawing into the cocoon of our homes for introspection and self-improvement. On a national level, we are beckoned to unite, as in the time of Sinai. We are transforming from the funny-looking caterpillar of galut into a beautiful, winged butterfly soaring toward the heights of redemption and the light of a dawning new day, may it come soon, with the coming of Mashiach and the rebuilding of the Beit HaMikdash. 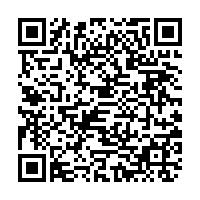