The Jewish Press reports that Kosher Delight is closing its doors in New York, the third Manhattan kosher emporium to do so this year. The real question is: when will “Galut Delight” close up shop? When will the exile lose its delight in the eyes of Diaspora Jews? When will we understand that we don’t belong in gentile lands, no matter how delightful and kosher our Jewish communities may be?

Just as it has led the way in so many vital Jewish issues in the past, I call upon The Jewish Press to once again lead the way now. That’s right my good friends, the time has come to close up shop at The Jewish Press and transfer the whole operation to Israel. True, The Press must go on, but in the Holy Land, not in Brooklyn, smoggy LA, or sunny South Florida. It’s time to lead the way by example, to be the Peter Piperman of the Jews in Diaspora, and close down the doors to The Jewish Press building. Pack up the computers, throw all the back issues and archives into crates, register with Nefesh B’Nefesh, and get on the plane! If need be, in order to give the management and staff a feeling of security, you can tear down the building brick by brick, and rebuild it in Talpiot on the outskirts of Jerusalem, or, even better, on a windy hilltop in the Shomron. No more major headlines about kosher delis and neighborhood eruvs; no more Manischewitz wine, Empire Chickens, and High Holidays in the Catskills. It’s time to say goodbye to Columbus and the boroughs of New York, and say shalom to Avraham, Yitzhak, and Yaacov in the Promised Land. From this day on, let the word go forth from The Jewish Press that we have to do everything in our power to eliminate the exile, not to enjoy and strengthen it, God forbid.


But why listen to me? Rabbi Meir Kahane was one of the people who helped make The Jewish Press the great beacon of light that it is. This is what he has to say about the imperative to eliminate the exile, in his book, The Jewish Idea.

From Chapter 34, “Elimination of the Exile”

How many souls have been lost and destroyed under the pressure of assimilation in the exile! “For she has cast down many wounded; yea, a mighty host are all her slain” (Prov. 7:26). Surely, this, alone, makes every Jew duty-bound to “cry out, and not hold back!” (Isa. 58:1).

“Get out of there”: Every single Jew from the place of his exile; “Touch no unclean thing”: Separate yourselves from the nations of the world; “Get out of her midst”: Everyone from the country of his exile.

Rashi wrote, “Get out of her midst: The midst of the exile.”

Likewise, Jeremiah said regarding the Babylonian exile, “Flee the midst of Babylon! Exit the land of the Chaldeans! Be the he-goats before the flock!” (Jer. 50:8). Mahari Kra comments, “Jeremiah told them, ‘I know that in the future, whoever is in Babylonia will die by the spear or sword… so flee first, before calamity comes.’”

Today, when the last Redemption looms before us and the Mashiach’s traces are visible, and when we have already merited, through God’s kindness, to return to Eretz Yisrael and establish a State, God’s cry is heard in all its might. Depart! Get out! Depart the defilement of exile, in order to be separated from the nations and protect the purity of God’s Torah; in order to save Jewish souls from the blight of assimilation; in order to sanctify Heaven’s Name by shedding our reliance on foreign governments.

The very exile is a Chillul Hashem, a desecration of Hashem, and our return to Eretz Yisrael is the opposite — Kiddush Hashem, a sanctification of Hashem. The nations’ having control over a Jew, and Israel’s lowliness in the exile, are called Chillul Hashem, in that the non-Jew rules over the People of Israel, and thereby, over the God of Israel, so to speak. I have already made clear that this is Rashi’s intent regarding the verse, “My Holy Name will I make known in the midst of My People Israel. Neither will I suffer My Holy Name to be profaned any more. The nations shall know that I am the Lord, Holy One of Israel” (Ezek. 39:7). Rashi said, “Israel’s lowliness is a Chillul Hashem, in that the nations say of them, ‘These are the Lord’s people, [and they are gone forth out of His land]’ (Ezek. 36:20), yet He is unable to save them.”

The very conquest of Eretz Yisrael by the nations, and Israel’s exile from its land, allow the non-Jew to think that there is no God in Israel, Heaven forbid; because if there were, and if He were truly all-powerful, He would not let the nations destroy His Land and Temple, and exile His People. Even if Israel do not endure real suffering at the non-Jew’s hand, the very fact that they must live in their lands at their mercy, dependent on their tolerance and benevolence, is a Chillul Hashem. Only when Israel dwell in sovereignty and might in their own Land is God’s Name sanctified. If Israel stubbornly refuse to leave the exile, God — with fury poured out — will liquidate their exile in order to blot out the Chillul Hashem. Now is surely the time to “flee before calamity comes.”

In a word, the idea of Israel living under the dominion of the nations and their alien culture, is by definition a Chillul Hashem, and clashes with God’s will to establish a chosen, treasured People in a chosen, treasured Land. There, Israel would be separated and isolated from the nations’ cultures and alien beliefs, fulfill pristine, complete Torah lives, and establish a sovereign, independent state and society under God’s rule, and that is a Kiddush Hashem.

Every Jew has a sacred, absolute duty to live in Eretz Yisrael, because living in the exile contradicts and profanes God’s will.

What mental gymnastics and sophistries are employed to justify loathing the Desirable Land! Just as God liquidated the exile in Egypt and allowed no Jew to remain, killing those who refused to leave for Eretz Yisrael, so, too, in this period of final Redemption, God will liquidate the exile with fury poured out and will annihilate any who refuse to leave it — Heaven help us!

God took the Land from the nations and removed them from it, and He brought Israel into it so that they would keep His Torah and mitzvot. From the moment God decided to give the Land to Israel, it became Eretz Yisrael, the Land of the People of Israel — God’s Land which He gave Israel to use as the Holy Land.

It is a mitzvah and duty upon every Jew to live in Eretz Yisrael, and a Chillul Hashem when Israel lives outside of it. Furthermore, once God decreed that Israel must be separated from the nations and their alien, dominant culture, it clearly is forbidden to let the non-Jew live in Eretz Yisrael unless he is denied mastery and sovereignty over the Land and willingly accepts this. No non-Jew has the slightest right to ownership over the Land, and any non-Jew who denies God’s mastery and the ownership of His People Israel over the whole Land is rebelling against God, denying God’s sovereignty on earth and profaning God’s Name. He has one fate — to leave the Land or to relinquish his right to existence. 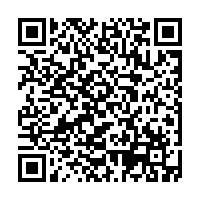