I went to the President’s Conference in Jerusalem today – it’s a three day conference for thousands of people with big-name speakers…and some surprises. I heard a lot of people, saw a lot…whatever. I want to write about some of them in the next few posts. Some annoyed me, some impressed me, one inspired me today.

There were several very moving speeches but by far, the most inspiring was Keren Leibovitch. She came to the stage moments after Dr. Ruth and Yossi Vardi left. The ever-efficient staff of the convention center quickly came out and removed the chairs, a small table and flowers. And then, Keren wheeled herself out onto the middle of the stage.


She introduced herself and then turned sideways to face the back projection wall and asked them to run a video. I could start the way she did – by showing it (if I could find it). She told us how old she was…or I think she did. But more importantly, she told us that she’d spent 3 years in a hospital after being injured during her army service and during that time, her ambitions were focused on getting home and learning to move around with a cup of coffee. Injured is a ridiculous term here, actually. She suffered massive damage to her back, leaving her 90% paralyzed in her legs. The inspiration comes from realizing that despite her injuries, she chooses to live, to strive, to challenge and challenge again. She is married and has a set of twins that are about 4 years old…and another set of twins that are about 2 years old – all boys, she explained with a smile…all boys.

Keren is an inspiration because, as she said, she has learned that failure is only a step towards success. She asked everyone, “please do not be afraid of failing. It is the step you take to success. I am the best in the world for what I do.” And for who she is – a true inspiration.

Keren is an Olympic gold medalist…several times over. She won three gold medals for Israel in 2000 in the Sydney Paralympics, and more four years later in Athens. While all the other athletes were able to stand and dive into the pool, gaining that extra momentum, Keren had to push off the wall because she is unable to stand. She won the first gold, won the second, and won the third because she believed in herself. Oh, and she didn’t just win – she broke a world record (twice in that one day…first in the morning in practice, and then again during the actual competition). 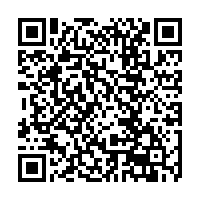