Unity is one of the themes of Sukkot. Our Sages teach us (Vayikra Rabbah 30:12) that the arba minim represent all of Am Yisrael united as one. The Talmud (Sukkot 27b) also tells us that all of Israel are fit to sit in one sukkah.

While calls for unity are beautiful in theory, how can it be achieved with Jewish groups intent on changing Judaism to accommodate their ideological agendas or personal desires? The Jewish Press asked several rabbis in Israel for their thoughts on this topic.

The Jerusalem kabbalist, Rabbi Yekutiel Fish, author of the five-volume, Sod HaChashmal, said, “This Gemara is not telling us we have to make peace with evildoers. The statement, ‘All of Israel are fit to sit in one sukkah’ is speaking about Jews who have the name of Yisrael upon them. But those who have purposefully abandoned the yoke of Torah – like those who seek to change the laws of marriage and conversion, or those who mount a movement to erase the holiness of Jewish family life – are no longer called by the name Yisrael. Rather, they are inciters against the Torah and sinners, and they cause the multitude to sin. It’s a mitzvah to hate the evilness attached to them.”

Rabbi Chanan Morrison, author of five books on the teachings of Rabbi Kook, replied, “Rav Kook considered some Jews – like Jewish communists who persecuted religious Jews in the Soviet Union – as people who had broken all ties to the Jewish people. Rav Kook even wrote letters threatening to declare chalutzim on radically anti-religious kibbutzim who wanted to change basic Jewish practices (like changing the day of celebrate Shabbat or Shavuot) as non-Jews and label the milk they produced chalav akum.

“But in regards to a secular Jew who felt religion was a relic of the past, yet wanted to contribute to the Jewish people in a different way – according to Rabbi Kook, that person was someone we can love and even learn from by separating the kernels of truth from the chaff.”

Rabbi Avraham Blass, director of the Jerusalem Talmud Institute, said, “The main question is: Who stands at the center of the world – Am Yisrael or the individual? The unity of the nation of Israel can only come to pass with the understanding that the Jewish people have a united mission: the rectification of the world according to the Torah.

“Once this is established, every group has its unique place in the overall mission of the nation. In the mosaic of Torah, there is a place for religious beliefs, nationalism, universalism, and humanism. Even people weak in religious observance are partners in our national cosmic endeavor.

“However, the minute the individual takes center stage and the Torah becomes mere stage decoration, its rightful commanding place consciously minimized – not out of personal passions, but as a public agenda – one’s partnership in the overall Jewish enterprise is negated and such people forfeit their place in the sukkah until they alter their ways.”

Rabbi Menachem Perl, head of the Zomet Institute for Technology and Halachah, said, “In Am Yisrael, the connection between people is on a much deeper level than it is among other nations. It stems from our sharing the same holy, divine, national soul, which we received at Mount Sinai. … This inner unity is not disrupted should an individual stray after his yetzer hara or if, like the early Zionist pioneers, he rejects the practice of Judaism but still participate in the rebuilding of the nation and revival of the land, two all-encompassing national mitzvot.

Rabbi Shlomo Aviner, rosh Yeshivat Ateret Yerushalayim in the Old City, and author of some 150 books, replied, “You have described our movement, the Unity Movement. … However, there are conditions for joining our movement – you have to be filled with faith in the essential holiness of Am Yisrael, filled with great Ahavat Yisrael, impervious to despair, and not closed to horizons you don’t yet see.”

Rabbi Haim Drukman, head of Bnei Akiva Yeshivot in Israel and the Ohr Etzion Yeshiva, said, “Am Yisrael must be a united nation even if there are harsh differences of opinion. Am Yisrael is one family. I am acquainted with families in which brothers hold to different beliefs and lifestyles, yet the unity and love in the family is preserved. This is the way it should be with Am Yisrael as well.

“Every segment of the nation wants what is best for the nation, according to their understanding. For example, in my opinion, most Jews who belong to what’s called the Reform movement want to remain a part of the Jewish nation. They too want to get closer to Hashem, albeit in a tragically mistaken way. We don’t agree with them, but they are still our brothers.

“The far more serious problem is the minority who make an agenda out of their beliefs and purposefully fight to impose their philosophies upon others.

“In the state of Israel, baruch Hashem, the Reform movement has almost no impact. Granted, in other places like America, the situation is a disaster. But even with these terrible misguided souls, they are still our brothers. The solution is not to kick them out of the house and close the door behind them. Rather, we must keep the door open and talk whenever we can and explain to them the truth of the Torah, over and over again, with great patience, just like Hashem has been patient with us for thousands of years, no matter how far away we strayed. B’ezrat Hashem, all of us will return.” 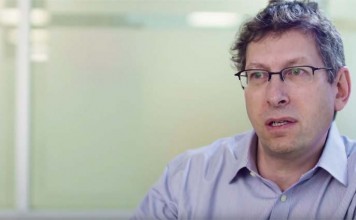 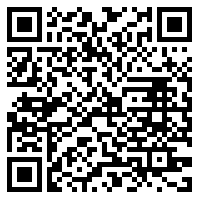