I hope you had a Torah scroll with your platoon for Shabbat, and that you heard the Torah reading. The Parsha of Toldot begins, “These are the generations of Yitzhak, Avraham gave birth to Yitzhak.” Now this is very strange. When the Torah says, “These are the generations of Yitzhak,” we are ready to hear about the offspring of Yitzhak – Yaakov and Esav – yet the verse continues, “Avraham gave birth to Yitzhak.” Why talk about Avraham? He’s the father not a son! From this, we learn that the father is in the son. The father is passed down to his son and grandchildren from generation to generation. That’s how I feel, right now, as if I am with you on the outskirts of Gaza, waiting for the orders to wipe out Hamas and the other hornets’ nests of terror based in schools, mosques, hospitals, homes, and underground tunnels under the city, where they are hiding like cockroaches in the dark.


Over Shabbat, I remembered back to the Gulf War. Just before the missiles started falling on Tel Aviv, I had been called to milluim and was doing reserve military duty in the all Arab city of Tulkarim. You were maybe nine months old at the time. When the first missiles were launched, soldiers with beards received an order to shave, so that gas masks would fit better in case the missiles were armed with chemical heads. So I shaved. I didn’t tell your mother, thinking I would surprise her when I came home on leave, and sure enough, when I knocked on the front door several days later, the second she saw me, she gasped and retreated back into the living room, startled, as if some strange frightening caller was standing at the door. But the minute you saw me, you called out, “Ba!” and came crawling like a rocket, recognizing me immediately, even though I didn’t have a beard. When I picked you up, you were as happy as could be. “These are the generations of Yitzhak, Avraham gave birth to Yitzhak.” Father and son. Son and father. We’re the same.

So know that I am with you. So is your mother. The whole Shabbat, she waited for the moment she could turn on the radio to learn what was happening. Of course, when the warning siren suddenly sounded in Yerushalayim on Shabbat evening, and a distant boom shattered the tranquility, that brought the war even closer for your mother. More reservists were called up during Shabbat, and we heard rumors that troops would be sent to the north as well, but wherever you are, and whatever you end up doing, know that ever role is vital, whether it be that of a pilot, or the soldier that loads the bomb on the plane, the controller in the computer room, or the “jobnik” who folds the emergency parachute. King David made sure that everyone in the army of Israel received the same share of the booty, the soldiers that fought in the front, and those who stayed behind to guard over the camp.  “All for one, and one for all.”

Because I am in you, like Avraham was in Yitzhak, I know many of the things you are feeling. Even though you have received the finest training, going into battle is not an easy thing. You have a sensitive and caring soul, and even though you are as big and strong as Samson, in civilian life you wouldn’t hurt a fly. But as we learn in this week’s Torah portion, sometimes Yaakov has to dress in the clothes of Esav to bring blessing to the world. At his mother’s urging, to receive his father’s blessing, Yaakov puts goat skins on his arms, so that when his blind father embraces him, he will think it is indeed his eldest son, the hairy hunter Esav.

Rabbi Kook explains the story represents the victory of the forces of good over the forces of evil. Yet to triumph over the wicked Esav, the holy and righteous Yaakov is forced to resort to cruelty and deception.  Though it goes against his inner nature, Yaakov takes up the characteristics of Esav, the hunter, murderer, schemer, and warrior, to insure that the blessing of Avraham comes to the world through its proper channel.  Like today, when the Nation of Israel is forced to adopt Esav weapons of killing and war, it goes into battle not for the sake of destruction, but to bring an end to all killing and wars. Not out of a beastly passion for killing and war, like that of our enemies in Gaza, but out of the knowledge that this is the only way to make the world a better place. The arms and armies are like the arms and armies of Esav, but the voice is the voice of Yaakov. We fight when we have to, not for the sake of killing, but to put an end to all killing and bloodshed.

When we have to, we take up the rifles of Esav, but we are still Yaakov inside, guided by the light of the Torah. We have no other choice. In a world that lives by the sword, we have to take up the sword too. We cannot merely sit and pray for miracles. One of the commandments of the Torah is “Milchemet Mitzvah,” the mitzvah to go to war to defend Jewish life and to conquer the Land of Israel and keep it under out own Jewish sovereignty. You, my dear son, are engaged in a “Milchemet Mitzvah” twice over – defending the lives of the million Jew under rocket fire, and fighting enemies whose goal is to conquer our Land. 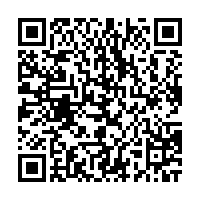