The death of a baby is tragic, always.  But for the terrorists in Gaza and their supporters, the death of a child provides an irresistible public relations bonanza. Even when the killer of the baby isn’t their enemy, but their own weapons.

So when the Egyptian Prime Minister, Hesham Kandil, paid a visit to Gaza as a show of support for his fellow Islamists, a dead four-year-old child, Mahmoud Sadallah, was furnished for the photo opportunity.  The staging was perfect: Kandil, gently laying a kiss on the dead child’s forehead, while Ismael Haniya, a Prime Minister of Hamas, holds the child aloft, as dozens of concerned men look on in the background.

Kandil fought back tears as he said to reporters gathered to record the moment, “What I saw today in the hospital, the wounded and the martyrs, the boy … whose blood is still on my hands and clothes, is something that we cannot keep silent about.”

CNN referred to Mahmoud as the “symbol of the war in Gaza.”  Kandil told the cameras,”I saw the child who was martyred,” and called on Israel to halt “the offensive.”

CNN, The Mirror (UK) and other media, including Norway’s Dagbladet showed the touching scene.

But there is one problem: Israel isn’t responsible for Mahmoud Sadallah’s death.  Hamas is.

Sadallah was brought to Shifra Hospital in Gaza City after having been struck while playing outside of his home.  Although his family members told reporters that Mahmoud was killed in an airstrike from Israel, the facts don’t add up.

Israel agreed to a ceasefire during the time the Egyptian Prime Minister was in Gaza. Terrorists from Gaza continued firing during Kandil’s visit, but Israel held back, and certainly did not fire anywhere near where Kandil was visiting.

In addition, no one saw the strike, although there were reports that an explosion was heard.  The damage was consistent with that of a much smaller weapon, such as a qassam or morter shell.

But what really seems to point away from Israel having been responsible is that although there was evidence of what caused the explosion, that evidence was immediately removed from the area and has not been seen since.

Lebanon’s Daily Star had this to say:

Mahmoud’s family said the boy was in an alley close to his home when he was killed, along with a man of about 20, but no one appeared to have witnessed the strike. The area showed signs that a projectile might have exploded there, with shrapnel marks in the walls of surrounding homes and a shattered kitchen window. But neighbors said local security officials quickly took what remained of the projectile, making it impossible to verify who fired it.

But the pictures have been taken and the CNN video has aired.  Hamas now has its own Mohammed Al-Durah-style fake martyr with which to demonize Israel. 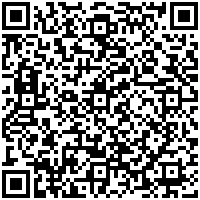