Covid-19 vaccinations are on the way to Israel, but, like almost everything else surrounding the pandemic, no one knows what will be. For example, will everyone agree to be vaccinated?

At the beginning of the week, a survey of 1,200 people was published by Professor Shosh Sheharbani of the Academic College of Emek Yezreel, Dr. Iyal Lahav of the Open University, and Professor Mosi Rosenbaum of the Ben Gurion University of the Negev. It revealed that 61 percent of Israeli citizens will agree to be vaccinated, 18 percent will refuse, and 21 percent have not yet decided what they’ll do.


Professor Sheharbani said that the primary reason people offered for refusing to take the vaccine was: It’s too new and may have unknown side effects.

Government sources in Israel say the vaccine will be available to the public in January, although the Ministry of Health is aiming for the end of December. Last week, the government increased the number of vaccine units it promised to buy from Moderna from two to six million to insure that the vaccine will be available to everyone as quickly as possible.

Minister of Health Yuli Edelstein said that he and Prime Minister Netanyahu will be the first on line to take the vaccine in the hope of stimulating broad public participation.

For a general medical and halachic overview of the questions surrounding the vaccine, The Jewish Press turned to Rabbi Professor Avraham Steinberg, senior pediatric neurologist at the Shaare Zedek Medical Center, chief editor of Talmudic Encyclopedia, and author of the Encyclopedia of Jewish Medical Ethics. His words follow:

“We are speaking about a grave global pandemic that has caused the death of some 3,000 people in Israel, nearly 300,000 dead in the United States, and around 1.5 million deaths worldwide. Additionally, presently there are some 100,000 critically ill around the globe, a majority of whom will join the list of the dead.

“We must also consider the people suffering from the coronavirus on its different levels along with the many who have recovered but who still suffer, and who are likely to suffer for many years with medical complications, perhaps for all of their lives….

“It is important to emphasize that not only is the medical situation severe, world economies have been damaged as well, with damage to social life, culture, and emotional wellbeing, which has caused suffering to myriads….

“Given this situation, the only means that seems most likely to end the pandemic (outside of prayer) is an active campaign of vaccination. The chances that ‘herd immunity’ will bring a solution within the near future are small, and while waiting for this immunity to come about, many hundreds of thousands of people will die.

“It is clear that the Torah commandment to guard one’s health carefully, which applies to everyone, and the law regarding a rodef – which forbids a person from inflicting harm on anyone else – make vaccination an imperative.

“On the other hand, the vaccines that have developed until now were not produced in the normally-accepted fashion of new medicines and vaccinations. The difference lies in the quickness in obtaining the required research-approval certifications.

“Although the shortcuts were mainly in the bureaucratic stages, not in the scientific, less research was conducted…and, more importantly, less time was allotted to examine negative side-effects and future complications.

“In addition, it is not known how long the antibodies remain in the blood of the vaccinated, and therefore it is likely that a number of vaccinations will be needed with the passing of time.

“In my estimation, the halachic balance between the benefit of vaccination in light of the grave situation in the world and the problematic consequences of the speed of the research and approval process clearly leans toward the strong recommendation that every individual, and especially the most vulnerable (the elderly and the sick), be vaccinated.

“It is important to undertake a publicity campaign, combining the medical, ethical, and halachic aspects, to persuade people to be vaccinated – but not to require them to do so. That is to say, there is no moral or halachic justification for governments to compel all people to be vaccinated nor to enforce restrictions and punishments upon those individuals who refuse.

“Needless to say, the vaccines we are speaking about must have the approval of the sanctioned authorities, such as the FDA in the United States, the Ministry of Health in Israel, and the parallel authorized agencies in Europe, etc. This insures that the effectiveness of the vaccinations and their safety standards are high enough to properly balance the pros and cons.

“If it be proven over a period of time that one or more of the corona vaccines are both effective and safe according to normal standards, as accepted in other tried-and-proven vaccinations, then there is an obligation on every individual to be vaccinated in order to both protect himself from the very serious disease and to prevent other people from becoming infected, especially those who are ill and those with a background history of illness which places them in a category of potential high-risk.

“I strongly disagree with the different conspiracy theories. I reason that the authorized health agencies are reliable and that their trustworthiness has been proven much more than on three occasions. Everyone relies on the certifications of approval of these bodies for medicines for various diseases and for various medical hardware, etc. There is no reason not to rely upon these agencies in regard to vaccinations.

“Many of the people who raise reservations about Covid-19 vaccines belong to the group of people who object to vaccines in general, even to vaccines which have proven to be absolutely reliable.

“Since children become infected less frequently with the virus, and because they perhaps infect others less frequently as well, and since, to the best of my knowledge, all experimentation conducted to date on the various vaccines did not involve children, I reason that at this stage, children should not be vaccinated until we see the long-term results amongst the adult population, and until tests are approved regarding children.” 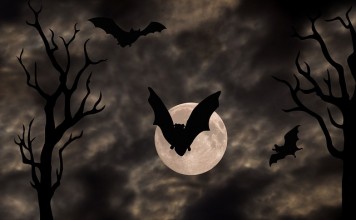