A new document by the Reut Institute (The Middle Eastern Game of Thrones: On the Eve of Biden Administration) analyzes several strategic challenges to Israel in light of the changing administration in the US and warns against the emergence of several threats. Written by Alex Grinberg, Eran Shayshon, and Adi Levy, the paper suggests that by the time President-elect Joe Biden takes office there is an elevated possibility of an escalation between Iran and Israel that could deteriorate into a regional flare-up.

For now, the Iranians are grinding their teeth and not reacting militarily against operations attributed to Israel, and it can be said that the absence of an Iranian response is also a motivating factor for Israel to continue hammering Iran’s outposts in Syria. But Alex Grinberg, a Senior Advisor at the Reut Institute, says that “the Iranians are accelerating their nuclear program to enhance their bargaining power and to defy both the US and Israel as a response to their vulnerability. This attitude is only strengthening in light of Iran’s limited operational capacity to harm Israel at this stage.”


Meanwhile, Israel lacks a clear strategy regarding the formulation of a new deal, when two opposing approaches are led by uncoordinated political rivals. On the one hand, Israel is adopting an approach that will make it difficult for the Biden administration to achieve a new nuclear agreement with Iran. On the other hand, Israel is formulating a strategic approach to influence the content of the deal with Iran in cooperation with the new administration.

Eran Shayshon, the CEO of the Reut Institute, notes: “Although a thoughtful and measured combination of these approaches may be theoretically effective, in practice, these opposing approaches are led by people who are fundamentally divided on the nuclear issue.”

The paper points to the fact that Prime Minister Netanyahu has excluded his Foreign and Defense Ministers from his meeting with the Saudi Crown Prince, where important dimensions of the struggle against Iran were also discussed. Meanwhile, the Israeli Foreign Ministry has set up a team to work with Washington to influence the US regarding the new agreement.

The Biden administration is expected to place greater emphasis on human rights and democratic issues than the current administration. While Biden is unlikely to take a diplomatic U-turn in the region, the president-elect is expected to withstand pressure from his party’s progressive forces to implement a more liberal foreign agenda. For example, Shayshon says, “US criticism toward Saudi Arabia’s involvement in the region is expected to intensify, making it more difficult for Saudi Arabia to take action against the pro-Iranian Houthi rebels. This will make it easier for Iran to leverage them against Israel once they complete the construction of their kinetic capabilities. In the meantime, the influence of Israel and the international community against them will be limited.”

The paper also warns that while Turkey is trying to ease tensions with Israel, the cooperation between the two countries is expected to be solely tactical and ad-hoc in the eyes of President Erdogan. It may be similar to the reconciliation efforts between Israel and Turkey following the 2010 Gaza flotilla raid, shortly after which Erdogan returned to disparaging Israel, with venomous incitement against Israel continuing in the Turkish press. 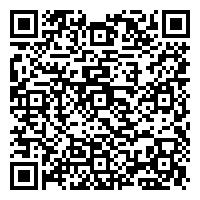