Rabbi Dov Lior and Rabbi Yitzhak Ginsburgh – both prominent rabbanim in Israel – sent a letter Monday to the IDF Central Commander, Nadav Feden, requesting that he cancel the pending military order to expel Neriyah Zaroge, a young resident of the settlement of Yitzhar in the Shomron, and father of two, from his home – and from all of Yesha – for a period of three months. No reason was given for the military order.

Yehuda Perl, a  resident of Yitzhar, and editor of the news website, HaKol HaYehudi, told The Jewish Press:

“For several years now, the Jewish Division of Israel’s Secret Services has used the IDF to carry out its policy of intimidation against the hilltop youth, through distancing people from their homes, and with long sentences of administrative imprisonment which have often proved groundless.

“The Honenu Organization, which provides whatever legal defense it can to innocent and harassed settlers like Neriyah Zaroge, has repeatedly warned that these illegal and Kafkaesque measures will only make the young idealists of the Shomron more radical in their behavior.”

Neriyah himself wrote a letter to the IDF Central Commander, asking that the military order be canceled. The letter states: “The administrative order which I received comes with no explanation, no charge, no proof of wrongdoing, or legal basis. The order is a draconic punishment inherited from the days of British rule over the country, when it was used to crush the spirit of Jews who were determined to settle the Land.

“You know that the sole reason that you are attempting to put the order into effect is because of my efforts to settle and build the area surrounding Yitzhar. Every day I graze my herd of sheep around my hilltop outpost, Kumi Ori, in order to prevent Arabs from overrunning the uninhabited stretches of land, part of their plan to put ‘facts on the ground’ in establishing a Palestinian State.

“To my sorrow, it appears that your modus operandi is to turn a blind eye to the land-grabbing of the Arabs, paving the way to a Palestinian State which will threaten the life of my family, the settlements of Yesha, and the lives of Jewish soldiers. Instead of dealing with the non-stop, illegal building of the Arabs in the area, or the daily stone-throwing and acts of terror on our highways, you chose to terrorize the Jews.” 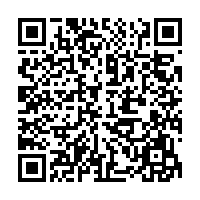