The Jewish Department of the Shabak – Israel’s secret service – has apparently stepped up efforts to recruit settlers to spy on their neighbors.

Journalists Tomer Rechovi and Elchanan Gruner interviewed two people who were recently approached by the Shabak to serve as “eyes” and “ears” in their communities as part of an investigative report conducted by the website HaKol HaYehudi.


While such approaches aren’t new, leaders of the “Hilltop Youth” movement see their increase as a reaction to the wave of demands to shut down the “Jewish terror” division, which they claim caused the death of Ahuvia Sandak three months ago when a car driven by a Shabak agent crashed into a vehicle filled with hilltop youth.

In the middle of March, Eliahu Ochion, a teacher from Kokav HaShachar, received a telephone call from someone who identified himself as an employee of the Ministry of Defense, requesting to meet with him at the police station in Ariel. Ochion told HaKol HaYehudi that he went to the police station and met a personable and sincere-looking fellow who called himself “Kaplan.”

He didn’t come across in a threatening manner, Ochion reports; he spoke like a fellow settler in a sympathetic fashion – like one of the “chevra.”

“Kaplan” said from his point of view, the hilltop youth weren’t the enemy. “The Arabs are the enemy,” he said. “It doesn’t bother me if our boys throw stones at their cars and carry out other mild acts of revenge.”

Ochion told HaKol HaYehudi, “I understood immediately where he was leading me and marveled what a skilled actor he was. He told me not to tell anyone about our conversation – not even my wife. ‘Let’s keep things between ourselves,’ he said. ‘I have something very positive to suggest to you.’

“I asked him straight out what he wanted from me and what were his goals. He answered that they wanted to keep an eye on three things: the Temple Mount, the prime minister, and injury to innocent civilians. He played on me psychologically, wanting me to think that I could become an important key in guarding Israel’s most vital national interests.”

Ochion reports that “Kaplan” didn’t say he was from the Jewish Department of the Shabak.

“He maintained that he worked for the Ministry of Defense. When I told him that his interest in my assistance sounded like a tactic of the Jewish Department against the settlers, he made a sour face and let out a small scoffing laugh, saying that they were a bad imitation of how the Nazis used Jews to inform against other Jews.

“He insisted that the people he worked with were on the top level of national security, dealing with Arab terror, both locally and on the international stage – not a tiny department which focused on Jews. He said they didn’t want me to do anything concrete for them – just to assist them get to know the hilltop youth more intimately so they could help them.”

The Kol HaYehudi journalists told The Jewish Press that the relaxed, manipulative style of the meeting resembled standard Jewish Department techniques based on similar recruitment attempts in the past. Only in later meetings is the recruit made aware of the true identity of the employer and specific targets.

Ochion assumes he was contacted because he knows many hilltop youth who live around Kokav HaShachar. He was also personally close to Ahuvia Sandak, who would regularly visit him twice a week to study Torah and speak about things on his mind. Ochion says he even interviewed the murdered youth for a research paper he wrote on the hilltop youth.

“In the police station in Ariel, after act one of the pleasantries and the grand charade, I argued with the Shabaknik who was trying to recruit me. ‘How can you claim that you are sympathetic to the hilltop youth, and that you like and respect them a lot, when in reality the situation is the exact opposite?,’” Ochnion said.

“I told him that Ahuvia was a beautiful and sweet-hearted youth, a tzaddik, and that I was now sitting opposite someone who fought against him as if he were a terrorist. He answered that I didn’t know the whole story, and that he would fill me in a little at a time. He insisted that the issue was no small matter of teenagers intent on being true to their ideology, but a matter of global import.

Ochion says that he refused to meet with the official again.

“It was clear to me that I was facing a pit filled with snakes and scorpions. They know how to manipulate things to their advantage. I am sure their recruiters learn to how to read a person by his body movements and speech. I was happy when the meeting concluded.

“Driving home, I felt like I had escaped from jail. Afterward, I felt that I had to warn others not to fall into their trap. So I alerted HaKol HaYehudi with the hope that other people would come forward and relate how the Shabak tried to recruit them as well.”

Last week, it happened again. This time, Shabak’s Jewish Department tried to recruit the security chief of a settlement in Yesha. The security chief, who wishes to remain anonymous, says he received a phone from an agent with the code name “Pini,” who invited him to come to Shabak headquarters for a meeting.

When he refused, the agent said he would come to his settlement to speak with him. He requested that their meeting be kept secret. During the discussion, the agent said he often worked on cases involving the settlers in the area, and that he wanted “Anonymous” to report to him whenever he heard that Jews were planning an attack against Arabs.

The Shabak agent claimed that he made the same request of all the security chiefs in region. Nevertheless, he wanted their conversation to remain private. Afterward, “Anonymous” contacted the human rights attorney Nati Rom, who often defends settlers.

Rom told HaKol HaYehudi that “the Shabak continues to threaten innocent, law-abiding civilians, including people holding security positions in their communities, often creating internal friction in the yishuvim, which can poison the atmosphere of trust needed between the residents of a community and their own security team.”

Rom informed The Jewish Press that the attempts to enlist undercover agents amongst the residents of Yesha are on the rise, always with subtle intimidation, and sometimes under the guise of a police investigation at a police station, which is against the law.

“People who have been approached by the Shabak to become informers in the guise of a police interrogation complain to me that they feel threatened and abused by the experience. Many report subsequent bouts of anxiety and tension. Often they are asked to squeal on friends or spy on groups in their communities. By warning them to keep recruitment attempts secret, the Shabak puts these people into a corner, making them feel isolated and guilt-ridden, with nowhere to turn for help.

“I would venture to say that most people who work with hilltop youth, in one capacity or another, and most civilian security personal on the yishuvim, are approached to become ‘Jewish Department’ informers…. [T]hese attempts to recruit stool-pigeons brings the settlers to lose faith in Israel’s Secret Security Service, and in the groups they work with, such as the IDF and the Israel Police.

“In a period when Arab terror abounds, when Arabs shoot at Jewish vehicles, and throw Molotov cocktails and stones on a daily basis, when the Arabs build illegally, destroy Jewish property and encroach on Jewish land, it seems to the Jewish residents of Yesha that Israel’s security forces are spending more time, energy, and money on playing cat-and-mouse with Jewish teenagers than working to crush the wave of Arab terror.

“In the case of Ahuvia Sandak, the Shabak’s misplaced efforts led to the youth’s totally unnecessary death. Doesn’t it make more sense that Israel’s security forces should be fighting against Arab terrorists and not against Jews?” 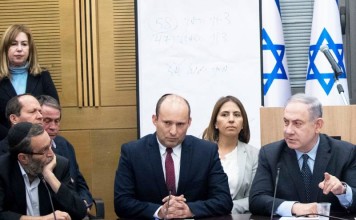 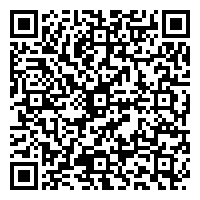