To be perfectly honest, until yesterday, I had never heard of Sarah Silverman. I never saw a photo or a video of her; I never heard her jokes, nothing.  While a great deal of junk American culture seeps into the Land of Israel, still we are sheltered from much of it, thank G-d, and I never heard her name mentioned in Israel at all. Until yesterday, when to my surprise and chagrin, I saw the immodest photo of her on the homepage of The Jewish Press, in her sleeveless top and her butt sticking into the air. Gevalt!

Reading on about the silly fuss, I was further chagrined. Rachmonis on rabbis in America if this is where their heads are at. First of all, looking at photos and videos of young ladies like Sarah is the Torah transgression of straying after one’s heart and one’s eyes. From the description of her comedy routines, listening to her is a violation of taking part in a gathering of mockers and scorners. So what is a rabbi doing in a place he doesn’t belong?

Furthermore, is he now going to set out on a campaign to rebuke every Jewish comedian in Hollywood, and every Jewish actor, director, playwright, musician, politician, Facebook inventor, and Jewish Federation president who married a gentile? Why single out Sarah? Pick on Simon and Garfunkel instead.

Sure, they do more mitzvahs than Sarah. She honors her parents, and gives charity, and don’t worship idols, or murder; and they observe all these commandments and more, but as long as they’re not living in Israel, they’re picking and choosing the mitzvahs they do, just like Sarah, so what’s the big squawk? Why point a finger at Sarah?

For the last two thousand years, three times a day, religious Jews have been beseeching God to bring us back to the Land of Israel, and now that God has opened the doors of aliyah and miraculously rebuilt the Jewish Homeland into one of the leading nations in the world, as He promised He would, why linger and languor in Dallas of all places? Where is Dallas, Texas mentioned in the Torah? If rabbis in America don’t want Jewish children growing up with their heads filled with trashy American culture and slang, then let them move to Israel and set an example for others, just like our forefather Abraham did.

If the rabbis of America want the young Jews in America to respect and love the Torah, then let them champion a true version of Torah and move to Israel, just like it says in the Torah over and over and over again.

Of course Sarah Silverman thinks the Torah is phony. That’s what she sees all around her – Orthodox Jews keeping the Torah in a place the Torah isn’t meant to be kept; Orthodox Jews who prefer living in the impure land of the gentiles rather than living in the Holy Land of the Jews; Orthodox Jews who tell their kids that they are Americans with wonderful American futures waiting for them, when the Torah and all of the Prophets of Israel call to us from the Torah to come home, come home, come home – and now that the Almighty has given us our own Jewish State, with a solid Israeli economy, more Torah learning and Torah giants in Israel than in any other place in the world, and a free airplane ride with Nefesh B’Nefesh, what are the Orthodox Jews waiting for? Of course, Sarah thinks that the Torah and its Orthodox practitioners in America are phony. But why attack Sarah? Physician heal thyself! 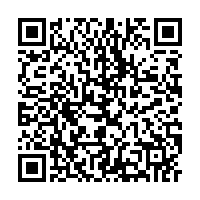