OK. The title is a bit extreme. But at least I have your attention. Last May – one will recall – there was a giant Asifa – a gathering of tens of thousands of Orthodox Jews dealing with the dangers of the internet. Although it was billed as a way to properly use the internet, it was ultimately about trashing it and forbidding its use altogether accept for livelihood purposes. And even then – only with filters and only outside the house.

Not that any of that surprised me. But what did surprise me is the way Rabbi Ephraim Wachsman who introduced 99-year-old Israeli Posek, Rav Shmuel HaLevi Wosner.


Using Rabbenu Yona’s Shaarei Teshuva as his source Rabbi Wachsman said that when Rivivos Yisroel (thousands of Jews) gather in one place and decisions for action are made by leaders of Klal Yisroel, those who separate themselves from those actions lose their portion in Olam Haba. I suppose he would call this ‘decision for action’ by Rav Wosner Daas Torah.

After that introduction what followed was Rav Wosner paskining in the most serious and solemn of tones that it is absolutely forbidden to own or use any device that has internet capabilities in one’s home – even if it is filtered. The only permit was for business, with a flter, and only outside the home. He added that it is even forbidden to enter a home that has the internet. And that religious schools should exclude children whose homes have it.

Despite that edict and Rabbi Wachsman’s dire warnings, that Psak has been almost completely ignored by the vast majority of Charedim. Although immediuately after that Asifa there was a flurry of activity by a number of Charedim to get rid of their smart-phones and remove the internet from their homes – the ban has basically been unsuccessful. I guess those poor people who still have smart-phones and the like (which is probably the vast majority of Charedim) have all lost their Olam Haba.

One of the things I noticed the most in my recent trip to Israel was that in the Charedi neighborhoods in which I hung out – virtually everyone had a smart-phone. They were so ubiquitous, that I could barely believe my eyes. Perhaps some of them had filters, I don’t know. But that wasn’t the Psak of Rav Wosner that Rabbi Wachsman said must be followed – or else! Rav Wosner said that it was only to be used for Parnassa purposes – with filters – in places of business. The Charedim I saw were using their smart phones causally at their leisure during Chol HaMoed Sukkos. Tons of them!

Not to let things just slide, members of the strident right keep coming out with public statements about such devices. Most recently just before Sukkos it was claimed by the Israeli Yated and other Charedi newspapers that Rav Chaim Kanievsky issued a public notice saying that anyone who owns an i-phone should burn it. It was later denied by sources close to Rav Kaneivsky saying that he only wished to warn people about the dangers involved.

Then something amazing happened. Rabbi Amnon Yitzchak was photographed using an i-phone in his car. One may recall that he was one the earliest proponents of destroying them – railing against its dangers. And yet, there he was using it himself. He defended his own use of it claiming he got a Heter (permission) from another elderly Gadol, Rav Aharon Leib Steinman, to use it for Kiruv purposes.

Well… all of a sudden the internet seems to carry some value among Charedim, at least enough to make exceptions to destroying it. And in the case of Rav Kaneivsky – he too seems to place some positive value on it. At least enough to be moved to deny the claim that he had called for destroying i-phones.

One of the biggest criticisms I have about the strident right, is their black and white – all or nothing approach to everything. Of course this is quite in character for them. Everything In their world is black and white, including their clothing. They never heard of the word grey. There is no nuance. No subtlety. No concessions to any of the positive values of something they don’t approve of. If they think the bad outweighs the good – then they just say it is all bad and forbid it. But life does not work that way. Reality will trump rhetoric every single time they come into conflict with each other. As can be plainly seen by the way their bans are ignored.

As I have said over a Gazillion times, the internet is a tool that can be used for good and bad and should be treated that way. The right always said that the bad so far outweighs the good that there is nothing to talk about. Rav Wosner sure felt that way. Even though he probably never used the internet in his entire life.

Another thing I have said over a gazillion times is that I agree with the right about the dangers of the internet. I also agree that precautions must be taken to prevent encountering those dangers. Where I part company with them is in their all or nothing approach. And in their refusal to acknowledge that there is a positive side to it worth utilizing. Their public knows it. Which is why Rav Wosner’s Psak is honored more in the breach than in its adherence.

Rav Shlomo Aviner has the most sensible attitude about using this technology, it is basically the same position most moderate Charedi and Centrist rabbinic leaders have. From YWN:

The rav explained that SMS text messages and internet connectivity are helpful to many people. He feels there is no prohibition in using either of these services.

“It is certainly preferable to have a kosher phone but this is a chumra and not obligatory. One who feels a non-kosher phone is a michshol must prohibit himself from using such a device” the rav stated.

Rabbi Avi[n]er  continued by explaining there are things the Torah did not prohibit but if a person realizes such a device will cause him to stumble, such a person must set restrictions into place to avoid falling due to this michshol.

I wonder if Rabbi Wachsman still believes we are all going permanently to hell? 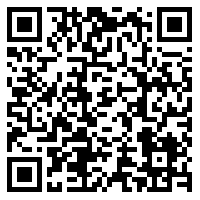