On Tuesday, Israel signed normalization agreements with Bahrain and the United Arab Emirates at the White House. What is the religious significance of this unexpected historic development? The Jewish Press posed this question to five rabbis.

No one can deny that Am Yisrael’s role is to bring blessing to the entire world. Hashem informed Avraham Avinu that all of the families on earth would be blessed through him.

When the Torah states that we are to be a nation that dwells alone, the meaning is that we shouldn’t grovel after the gentile nations to find favor in their eyes. It doesn’t mean that we should ignore them.

We have clear proof of this from Rosh Hashanah davening, in which we repeatedly beseech the Almighty to grant spiritual enlightenment to the nations of the world and for brotherhood for all mankind. This universal theme is also found in Aleinu and in “Hodo” at the beginning of Shachrit.

Thus, these agreements are a phase in the fulfillment of the prophecies of Isaiah, Ezekiel, and others – of nations coming to recognize the righteousness of Hashem and His nation Israel, when kings will give honor to Hashem and His people.

First, it’s interesting to note that the United Nations vote on the Partition Plan to divide the Land of Israel and grant the Jewish people their own state was held on the 17th day of Kislev. Lo and behold, on the very same day 70 years later, the president of the United States recognized Jerusalem as the capital of Israel and said the United States embassy would be relocated there.

The Gaon HaRav Tzion David Seboni points out that the gematria of “embassy” equals the gematria of the verse “Shema Yisrael, Hashem Elokenu, Hashem echad.” Furthermore, the parshah of Nitzavim has 40 – mem – verses, and the parshah of Vayelech has 30 – lamed – verses for a total of 70 – “mal” – which represents the geulah, which comes in the merit of the milah that removes the orlah and kelipah of the nations from Yisrael.

Furthermore, it’s interesting to note that each tower of the World Trade Center in New York was 415 meters high, as pointed out by Rabbi Yoel Schwartz, shlita. The total height when added together came to 830 meters – the very same height of the world’s tallest building today, Burj Khalifa, located in Dubai of the United Arab Emirates.

Furthermore, the gematria of “Burj Khalifa in Dubai” equals the gematria of “mikdash.” In the deep subconscious of the nations is the desire to build the world’s tallest building, as if to become the favored nation with the Beit HaMikdash in its midst.

Kabbalistically, the nations are nurtured from the Temple in Jerusalem. Their mighty towers represent the husk (kelipah) surrounding the fruit, which must be removed. Sensing that the Beit HaMikdash is about to be revealed in the world, and fearing that their tower in Dubai will be destroyed like the Twin Towers in New York – just as the husk is discarded when it’s time for the fruit to ripen – the UAE is anxious to make a peace agreement with Israel to avoid the coming downfall that it senses in its inner national psyche.

May all of these historic developments translate into a blessing and the speedy redemption of our nation.

The agreements are praiseworthy for three reasons. First, in principle, we are in favor of peace – for the Jewish people and for the entire world. We believe in the ideal of universal brotherhood and friendship whereby every nation can develop in its optimum manner while retaining its own independent nationality.

Just as we want this national and cultural freedom for ourselves, we want it for other nations as well. Rav Kook calls this principle “the line that connects, and the line that divides.” We are to be “a nation that dwells alone,” in the sense of retaining our cultural and religious uniqueness, while still being connected to the world as the lifeline of divine blessing to all peoples on Earth.

To be an independent nation in the community of nations was one of the visions of Israel’s founding. Unfortunately, our Arab neighbors [didn’t want us here], and we have been forced to fight many painful wars. We need patience, patience, patience. As our Sages teach, the redemption of Israel comes a little at a time (Jerusalem Talmud, Berachot, 1:1). If some Arab countries now want normalization and peace, this is a desirable development.

Second, more practically, in the global village we inhabit, a country cannot live all by itself. It would fall apart. Nations need other nations to survive – for economic reasons, security, and the like.

Third, we are a small country and, in many ways, isolated. Thus, Ben Gurion sought to form alliances with as many nations as possible. His approach was correct, and we have been trying to expand our connections since.

Do I believe the UAE wants to be connected with us for the sake of heaven? No, I don’t believe that for a second. They have their own needs. Politics resembles big business. A person doesn’t necessarily buy fruit at a certain supermarket because he loves the owner, but because the merchandise is better and cheaper. But in this case, Baruch Hashem, their interests are in line with ours.

Why are these Arab countries turning toward Israel? Because the corona pandemic has caused them economic instability. Their tourist industry has been crippled. They would like to fill up their empty hotels with travel-loving Israelis.

I know this from two very reliable sources. One of them runs a very prosperous food business in Israel. He says he has received so many orders from the UAE for kosher food that he could retire for the rest of his life. Whatever reasons they have, though, the present agreement is positive.

We know treaties can be discarded when circumstances change, but, for now, Baruch Hashem.

The ultimate goal of Am Yisrael is Tikun Olam – to bring the world to perfection. The Jerusalem Talmud (Berachot 1:1) states this explicitly.

First Am Yisrael builds its own nation, then it turns its attention to the nations of the world – just as Avraham Avinu tells the youth traveling with him on his way to the Akeida of Yitzhak: “We will worship and [then] return to you.”

Our connection to Hashem is not reserved for ourselves. We are supposed to shine the light of true faith on all mankind. Thus, King Shlomo prayed for the welfare of humanity. He formed alliances with all the nations. The prophets envisioned a day when all peoples would gather in Jerusalem to worship Hashem at this time of the year, on Sukkot. To achieve such universal recognition, Am Yisrael needs to interact with the world.

It’s very significant when an agreement is made with a powerful country like the UAE, whose culture can be enriched and enlightened by a connection with Israel. This in itself is a step toward world tikun.

While it’s true that foreign treaties can be dangerous – since the meeting of cultures can influence Am Yisrael in a negative way – Judaism does not run away from the challenge and the opportunity to fortify our unique beliefs. In fact, we can extract the good points from foreign cultures – for instance, the high level of modesty promoted by Islam and the importance of hospitality.

Caution is called for, but not to the point of turning our backs on the positive. The Jerusalem Talmud (Peah 1:1) informs us that we can even learn from idol worshippers about the honor due to parents, and we can learn from the positive aspects found in other cultures (Avodah Zara 2:5).

We hope the new agreements will bring benefit to all parties and bring mankind closer to Tikun Olam.

It’s important to distinguish between immediate effects and long-term consequences. In the short term, normalization of relations between Israel and Arab states has several positive ramifications. It indicates the growing acceptance of Israel in the Arab world, which is inherently good, and provides Israelis with a psychological boost.

It proves the wisdom of President Trump’s abandonment of the two-state illusion and the veto power given by previous administrations to the Palestinians over any sort of agreement. It also gives Israel powerful new allies in the region’s looming confrontation with Iran.

Yet, the agreement also comes at a steep price. The forfeiture – even rhetorical, and even “temporary” – of Israel’s natural and biblical right to declare sovereignty, and apply Israeli law, over Judea and Samaria is a painful blow.

The Torah reading of Rosh Hashanah actually is relevant to this discussion. The Rashbam (Bereshit 22:1) avers that Hashem punished Avraham with the Akeidah because He was angry that Avraham, in his treaty with Avimelech, had renounced part of the Land of Israel. Hashem kavayachol said to him, “You, Avraham, think you will safeguard Yitzchak’s life by this treaty that waives your claim to part of Eretz Yisrael? I will show you how precarious his life really is.”

There are certainly political and strategic benefits to the Israel-UAE agreement, but we will yet have to reckon with its spiritual fallout. May we merit in the future treaties that recognize Jewish rights and do not seek to diminish them. Those treaties will reflect Israel’s standing as an equal among nations.

Shana tova to all! 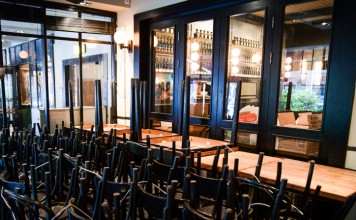 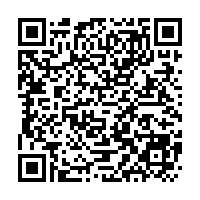