Rashi comments that Moshe addressed the three tribes in astonishment that they could place their concern for their material wellbeing over Hashem’s commandment to enter the Promised Land. Rashi adds, “They had consideration for their wealth more than for their sons and daughters, for they mentioned their cattle before their little ones.”

The same thing happens today when parents place the material comfort over the imperiled futures that their children face in the exile.


The verses go on to describe God’s great wrath against the generation of the wilderness “which had done evil in the sight of the Lord” in not wanting to live in Israel, and how the tribes of Reuven, Gad and half the tribe of Menasha were now once again endangering the entire Nation in not wanting to join in the conquest of the Land.

Shaken by the harsh words of Moshe, and by the fierce displeasure of the Lord, the recalcitrant tribes rally and volunteer to lead the way into battle. Yet Moshe warns them again, “But if you will not do so, behold you have sinned against the Lord, and you should recognize your sin which will find you.”

Is the blood of the Jews on the other side of the Atlantic any less Jewish than the blood of the Jews in Israel? Is the Land of Israel any less of a Homeland for them as it is for us? Yet we, immigrants from countries all over the world, enlist to fight in the defense of our cherished borders. And so should they. Not only the yeshiva students in Mea Shaarim and Bnei Brak, but the able-bodied Jews of Boro Park and Flatbush as well!

That’s what it says in the Torah! 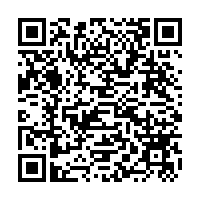