Yishai Fleisher, managing editor of JewishPress.com, appeared on L’Chaim, a show that has been running on ShalomTV for years. The segment appears on their new live channel, as well as on-demand.

Fleisher spoke with Rabbi Mark Golub about the fear preventing a strong, united Jewish future. He described the challenges the Jewish people face today and split them into three categories – delegitimization, division, and most importantly, fear. “Fear is everywhere,” he said. “[People] go silent when I talk about fear because they realize how much fear they live with…we need to be proud.” Fleisher wants to eliminate the fear, and in doing so, bring Jews home. He touched on many subjects during the interview ranging from the reasons behind the fear in the U.S. and the problems in the Middle East that induce it.


First, many American Jews fear that their own relationship with America will suffer if they move to Israel, or even develop a stronger connection with it than their own country. He revealed his desire to connect the American Jew with the Israeli Jew. Citing the Atlantic Ocean as one of the deepest physical boundaries between the two cultures, he said that he wants to make that border feel smaller. American Jews push their connection to Israel aside, due to a fear that choosing Israel makes them appear disloyal to the country they have lived in for years. “We’re culturally American, we watch Seinfeld, but the Jew always feels that at the end of the day, this is not his home,” he said. Fleisher’s determination is the reason he continues to appear on television and speak at college campuses and other communities throughout America. ”We have to put Israel first,” he said. “…We have to get together to build the Jewish state.”

Further, there is a duality among American Jews. They not only fear the Arab nation, but feel conflicted about how the Israelis treat them due to the negative media coverage. Fleisher pointed out that most American Jews are liberal. They’re liberal because they believe in the “intrinsic value of every human being.” He doesn’t sugarcoat it. There is a clear understanding that some liberties need to be abrogated in order for Jews to protect themselves. But what many American Jews don’t understand is that there is a mitzvah in place that sanctions such self-defense. It’s written in the Talmud that when someone intends to harm you, you have a responsibility to fight back. Jews want to live as a righteous community, but in order to do so they must survive first. It’s immoral for Israel to allow rockets to be amassed by people who will use them, Fleisher explained. “We are only 60 some odd years after the Holocaust,” he said. “It’s not a joke. Let’s not live in fear, let’s live in reality.”

Fleisher was born to Russian parents in Haifa, where he lived until age 8. His family moved to America for economic reasons. Although he went to Jewish schools, he craved more of a connection to Israel and couldn’t stay away for long. He skipped his senior year and at 17, went back to Israel to study in Yeshiva and serve in the army as a paratrooper. After an injury, Fleisher returned to America to study at Yeshiva University and obtain a post-graduate degree at Cardozo Law School. There, he met his wife Malkah. The two moved to Israel to get married and establish their home. In the interview, Fleisher didn’t deny that there’s an atmosphere of tension in Israel and that they have to be vigilant, but living in Israel and raising a family there is something he never questions.

Fleisher emphasized that at the end of the day Israel is the homeland of the Jews. Residents can be critical of the nation’s politics and of the current state of warfare, but they should do it without fear and argue about it in their own nation. There are many enticing countries out there, Fleisher said, but Israel needs to be number one.

Watch the interview with Yishai below: 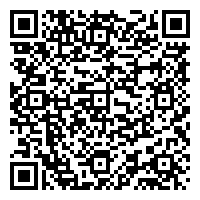